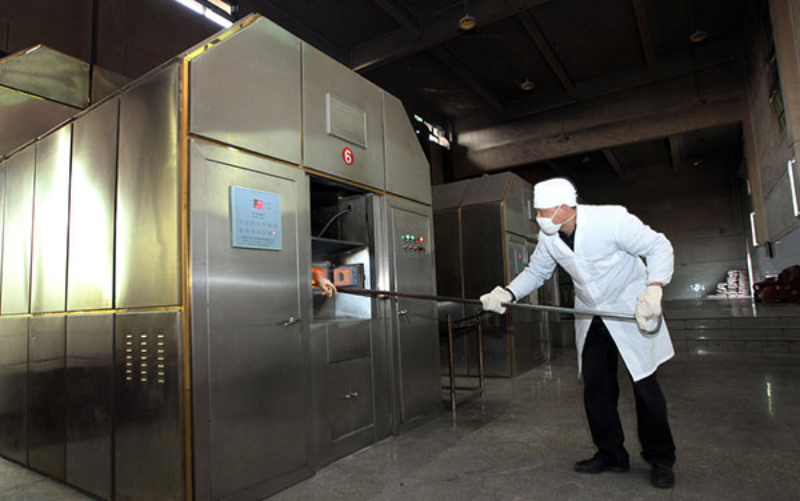 With over 100,000 Chinese people infected, the deaths from coronavirus are being vastly misreported by the Chinese Communist State.

Incinerators and mass graves have been in constant use since the outbreak, and the hospital corridors are still filling up with corpses of the infected.

There are even reports of infected people being buried alive, or put into crematoriums still alive. This is a Chinese technique used with outbreaks of viruses in pigs.

Also, one thing that #China is hiding is the number of death caused by the virus. Credible Chinese media outlet @initiumnews interviewed people working at local cremation centers, confirming that many dead bodies were sent directly from the hospitals to the cremation centers…

Many journalists have been arrested because they tried to expose the extent of the Chinese state cover up. The original journalist who filmed the video (below) with a hidden camera has since disappeared, and will probably be never seen again.

Bilingual titles added. 8 bodies in 5 minutes! More are lying inside to be moved out. Somebody secretly shot this video from No. 3 Hopital in #Wuhan during #coronarovirus #武汉肺炎
字幕版
某網友秘訪武漢第三醫院，五分钟功夫就見到八具屍體拉走去火化場，而且里面还有。 pic.twitter.com/VBS6U7HIWW

The inhumane response by Communist officials is also witnessed with people whether infected or not being forcibly detained in their homes without food or water. Their doors are barricaded and their windows have bars put on them. The people, crying out for help are then abandoned to die.

Human life as we already know is cheap in China, where people disappear daily to have their organs harvested for rich customers.

Outbreak of #coronavirus presented huge challenge in any society. It is worst in Communist Party of China controlled #China. People are dying at home. Or like a family of 4 is being arrested like criminals.#TrumpTravelBan #WuhanVirus #coronavirusindia pic.twitter.com/NytWydSKBF

The authorities in the West are playing down the virus, and say it only has a 2% fatality risk, however, this is because they are not receiving the proper data from China, whose authorities are not declaring the full extent of the problem, especially with all the bodies that have been incinerated without any records taken. Naturally, the Western agencies do not want to alarm the population, however, utilising false Chinese data could be more harmful in the long run.

If there is to be any real way of tackling this virus, it would need total transparency from the Chinese authorities as to the true extent of the virus infection, and recorded deaths, however it is doubtful that this will ever happen.

Chinese Goverment is hiding the truth about #coronavirus deaths and confirmed cases are way more then they say..
pic.twitter.com/iNLnvwNjb8