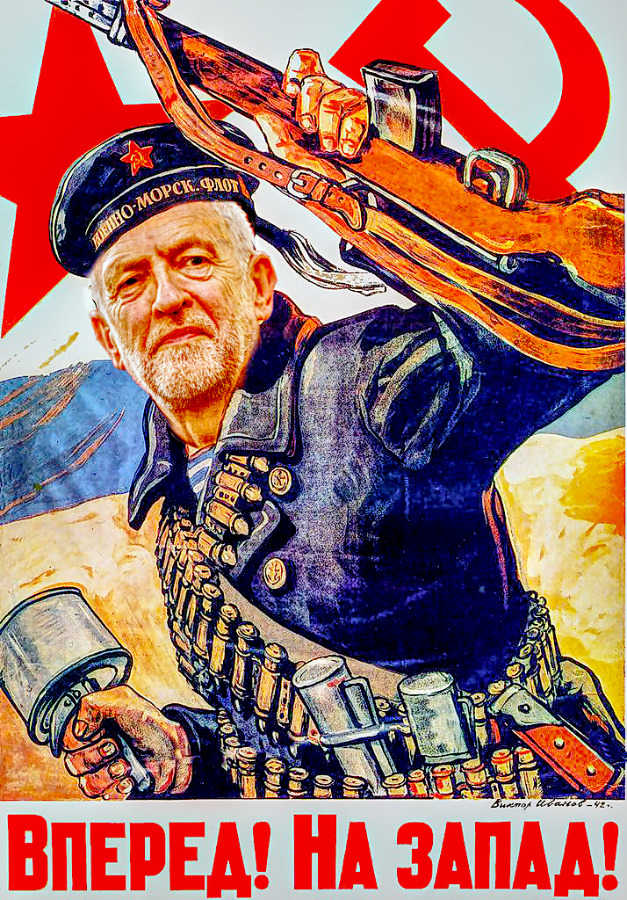 Speaking from his dacha in Islington, just around the corner from his local Waitrose, Comrade Corbyn was resolute in his election defeat.

“I address you all, after the Soviet Labour party was defeated terribly in the democratic elections. My fellow comrades in arms, this is why we hate democracy, because the voters are stupid, and do not know that a totalitarian communist government would be good for them. This is why they do not have democracy in China, and North Korea, because the people would vote them out. We abhor democracy, and we do not believe in elections, where the illiterate people of the North are given a vote.

“We Won the argument”

“Comrades, we must follow the route of Lenin, and Charman Mao. They did not seize power through democracy but through force. On the eve of our defeat, the streets of Westminster were overrun with our Soviet ANTIFA thugs. These ANTIFA Bolshevik soldiers, are our useful idiots, and responded to Labour’s election defeat on the hands of voters, by rioting. They are called anti-fascists, but acted like fascists on the night. We thank you for your efforts, and welcome more sacrifices from you in the future.

“In the coming weeks, and months, after my defeat, I have said I will stand down as your Supreme Comrade in Chief. That is what I said, but it does not mean it will happen. I fear for the Soviet Labour party, and it is my responsibility to carry on without regard for anyone else.

“Comrades, we must prepare. Britain can only become Soviet communist through real violent revolution. Elections, and democracy are not the communist way to power. We must rise up in true revolution, and fight to install communism across the nation.

“Violent revolution is the only way comrades! In the coming holidays, as I have a lot of time on my hands, I will be consulting my terrorist contacts in Hamas, and IRA, so they can give me some tips on how to proceed. We will need Soviet generals, Bolshevik warriors, and clandestine Stasi officers.

“My Ten-Year-Plan of collectivism, and banning of private property, as well as huge tax rises for everyone, will be implemented. We will remove all democracy from Britain, so that Labour is in power forever.

“We will fight on! Our Soviet British dream will be realised, and we will drag the royal family through the streets of London, before they are all shot and thrown in a ditch. The Soviet revolution of Bolsheviks shall not be thwarted, and our Red Labour army will prevail.”

(Shouts of “Hail, Comrade Corbyn!”, “Fuck Boris, and democracy!” and “Corbyn Communist Hero of the People” are heard in the background)