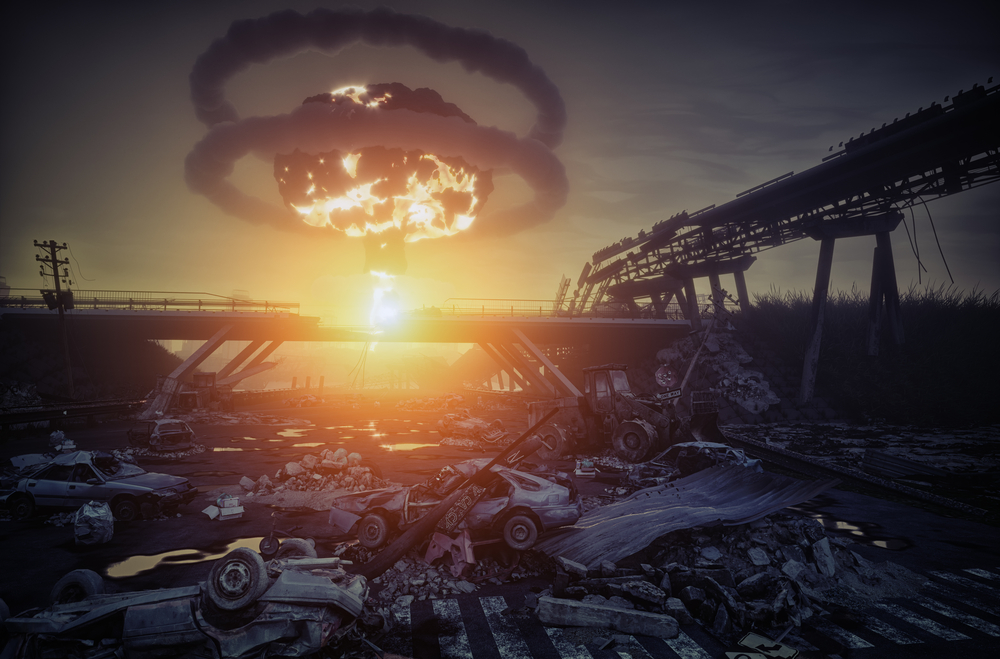 As the world sleeps, Iranian nuclear scientists are working overtime to get their first ever nuclear weapons systems up and running. Estimates are that they will have a functioning nuclear missile ready to launch in a few months.

The Daily Squib warned about the upscaling of the Iranian nuclear program in June.

“It is not a question of if, but when we get our first nuclear missiles ready. We will not hesitate to use them immediately, as we have promised our enemies before,” President of Iran, Hassan Rouhani revealed today.

Although Iran is a party to the Non-Proliferation Treaty (NPT), it flat out refuses to allow the International Atomic Energy Agency (IAEA) to inspect its sites.

Thanks to Trump delaying any action against the rogue Iranian regime, it has been allowed to produce enriched uranium stockpiles beyond the 300 kilogram limit, even enriching uranium to levels beyond the cap of 3.67 percent, and then activating 20 IR-4 and 20 IR-6 advanced centrifuges.

The head of the Atomic Energy Organization of Iran, Ali Akbar Salehi declared: “Boom! We already control most of Iraq and Syria, and once we bring out our nuclear missiles we will obliterate the White House of America! Have you ever seen fried Trump? They will say he has gone back to the Shaytan where he come from. Pig!”

Every day, the seconds pass into minutes, and hours, and every day Iran comes closer to launching its missiles. The West is sleeping while Iran prepares itself to unleash hell upon its enemies.