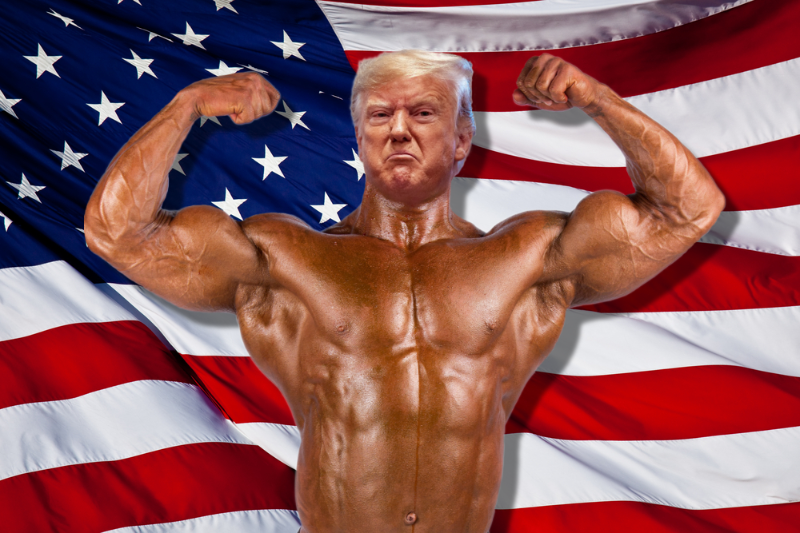 However much you hate Donald J. Trump, the Teflon Don, you gotta admit, he has had everything and the kitchen sink thrown at him. He has been constantly harassed by the Obama core state, and Hillarians since he won the election in 2016.

Trump has had to jump through pretty much every hoop invented and then some, and there’s something about that kind of staying power, it means he always has this ‘under dog’ status about him, which the mavericks in the audience always appreciate.

The Democrats can only look on as they throw everything at this guy, day in, day out, that’s all they think about, and it drives them mad, it drives these socialist fuckwits out of their supposed liberal minds. Trump has in fact shown us that the Democrats are not compassionate liberals any more, they have somehow mutated into a bunch of authoritarian pseudo-communist censorious little-Stalins who have a very limited world-view. The socialist Democrats, are not democratic in the least any more; they bark orders, they censor anything that does not adhere to their limited model of how the world should be, they are puritan communists who abhor freedom of thought, expression or speech. THIS ladies and gentlemen, is the triumph of Trump, and for this he deserves to be re-elected, even though we are going to see every obstacle being put in front of him as time gets closer to the election.

For democracy to succeed, the losing side should capitulate to their loss, and the Democrats still live in denial, and have not accepted the fact that they lost the election, fair and square.

Not only has the Teflon Don had every dirty Democrat trick foisted upon his person, he has had those who helped him get elected in 2016, incarcerated by the undemocratic Democrats. But, Trump still has his ace card, and this is his public speaking skill, his crowd cheers from city to city, and the socialists cannot stop that, however much they try.

Trump, may be swamped much of the time, but he will get through all this bullshit, and he will win the 2020 election, because he has belief, and the others simply do not.

We will have to endure watching further scenes of deranged, mentally ill women crying and shouting out their insane rants in the streets of Washington D.C. and Portland once the results of the 2020 election come in.

Sorry folks, you may hate the thought of this happening again, but it is ensured, and we’re only reporting the truth.