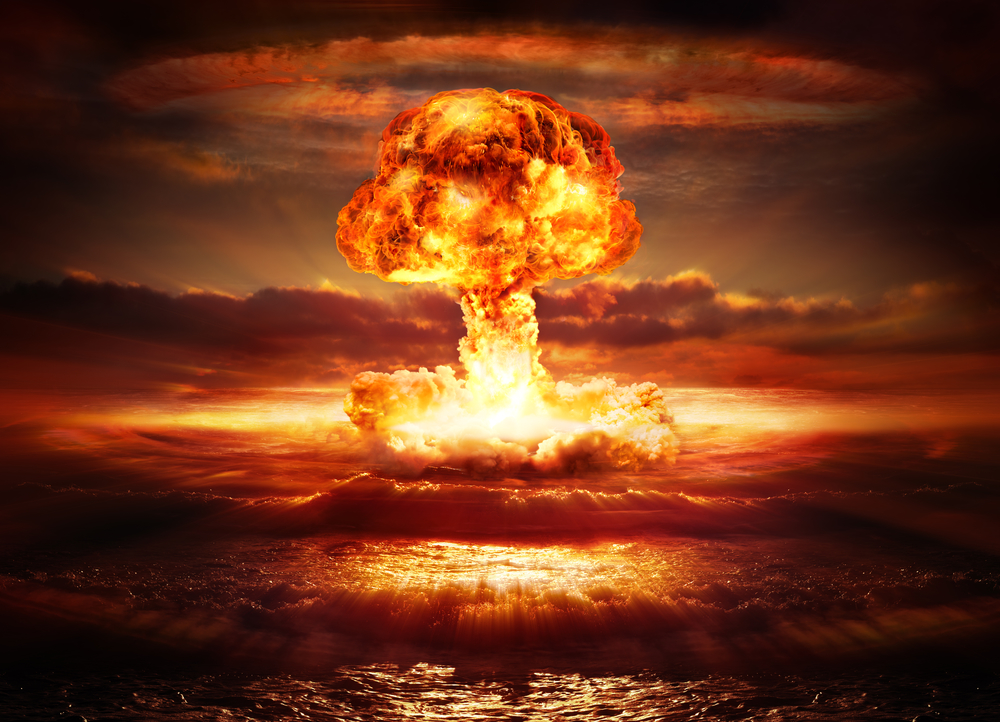 Every day, every hour, every minute and second spent dilly-dallying is a serious cost to global security as the brutal regime of Iran comes closer to their goal of creating deadly nuclear weapons.

Iranian Supreme Leader Ayatollah Ali Khamenei has been quoted calling the Jewish state of Israel a “cancerous tumor” of the region that must be “removed and eradicated.”

“Our stance against Israel is the same stance we have always taken,” he said. “#Israel is a malignant cancerous tumor in the West Asian region that has to be removed and eradicated: it is possible and it will happen.”

Suffice to say, one can guess who the primary target of any nuclear missile will be.

Whilst Donald Trump Twitters away and is indecisive, worrying about 150 lives, when the lives of millions are at stake, and the EU cannot come up with a solution to the broken nuclear deal, the world stands by watching the aggressive brutal Iranian regime getting ready to enrich their uranium to 90% nuclear weapons grade.

Former IAEA deputy director general Olli Heinonen revealed, during a recent visit to Israel, that his analysis and extensive research deduced Iran will be in a position to build nuclear weapons within six months. His comment was referring to the time needed to enrich uranium in the quantity and quality required to produce a nuclear bomb.

Heinonen served as the IAEA’s deputy director general and was head of its inspection department in the last decade and should not be dismissed with a pinch of salt.

Iran has progressed since 2003 in the development of nuclear explosive devices in the AMAD program. That program was intended to produce five 10-kiloton nuclear bombs which could then be fitted onto the Shahab-3 ballistic missile warhead. This program was revealed when the Iranian nuclear archive was smuggled out by Israel during a daring clandestine mission.

Iran’s nuclear weapons program for the enrichment of uranium stems mainly from the plant in Natanz containing 15,420 centrifuges from Iran’s first IR1 design at power reactor grade, 1,008 more advanced centrifuges of the IR2m design. Additionally, there are 2,710 IR1 centrifuges were installed at the Fordow enrichment facility primed to enrich weapons grade uranium.

Based on data published by the IAEA, it can be roughly estimated that if Iran breaks the nuclear deal, it will be able to enrich uranium to 90% (the level of enrichment required to produce a nuclear weapon core) in the quantity of 200 to 250 kilograms – sufficient to produce more than 10 nuclear bombs a year.

The Strait of Hormuz, a narrow passage where a third of the world’s oil tankers pass is the key to the stand-off between the USA and Iran. This Strait of Hormuz concerns multiple nations, with China receiving 91% of their oil through it, so the Iranians blocking the Strait will affect China even more than any other nation. Why is China silent right now?

Donald Trump will have to step up to the plate soon, if he does not, the state of global peace will take a turn for the worse very quickly. He needs to expand troop numbers in the region and extensive planning for targeted strikes and invasion must be put into operation. Now is the time, or the ill fruits of complete disaster will envelope every nation on earth.