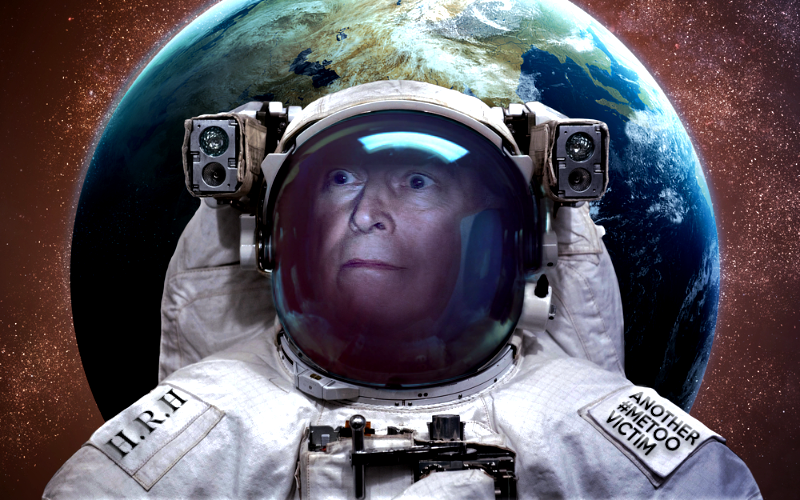 In a first for any #metoo victim, Prince Andrew, the former royal, was blasted into space two days ago, the palace revealed today in a press report.

“Prince Andrew, was put inside a rocket, and blasted out into space, two days ago. According to the flight team, he should be going past the moon about now, and will continue on forever. This is a one way trip,” royal spokesman, Giles Mandeforth, told the BBC.

According to the palace, the Prince was flown secretly to the Baikonur Cosmodrome in Kazakhstan, which is part of the Roscosmos State Corporation, on Monday.

“The prince was very jovial about the whole event and understood that he had done something wrong, and he had to therefore pay some sort of price. Prince Andrew was allowed to take some hampers on board carrying the luxury gourmet food he is accustomed to. He was also allowed to take a little plastic xmas tree with some blinking lights on it, so he can celebrate Christmas in the cold hard darkness of space,” Mandeforth added.

If calculations are correct, by August, the prince, if still alive, should be nearing Jupiter, on course to Alpha Centauri.

Another great win for #metoo, there were celebrations from hard-left feminists across the globe as another man had been banished from human existence.