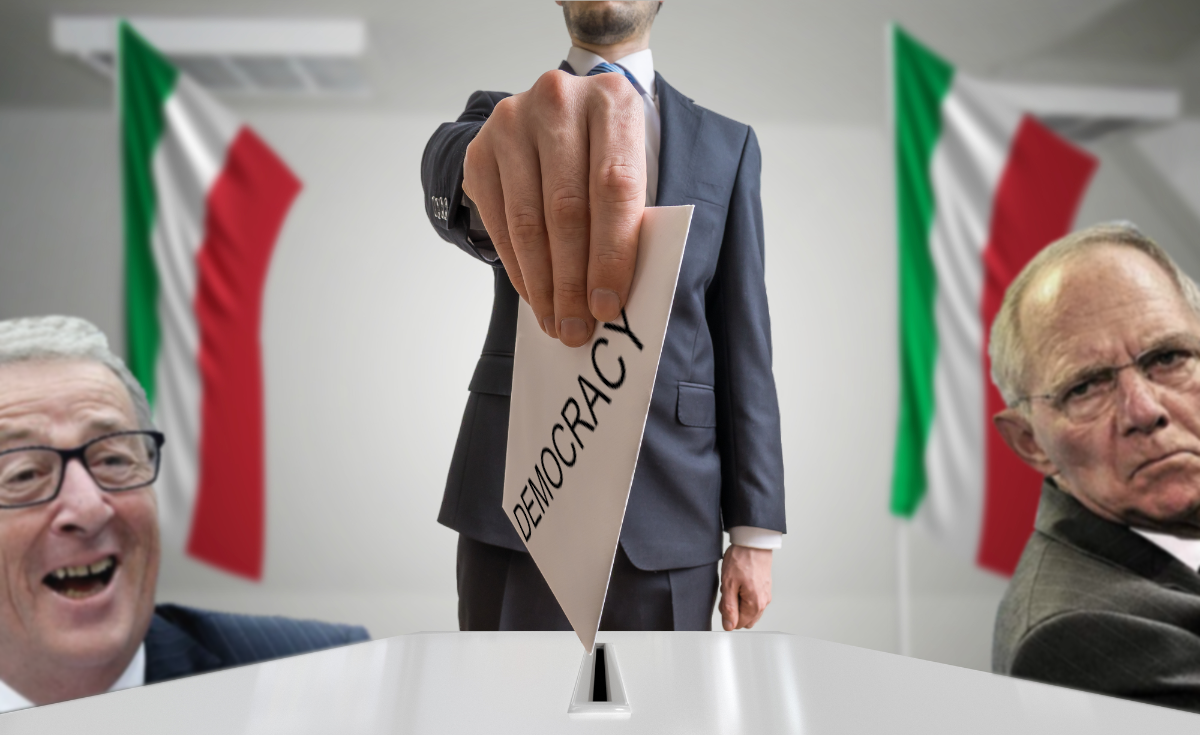 Imagine such a shock to the system, a democratically elected government tries to appoint their own finance minister, only to have an EU lackey and traitor to Italy thwart the appointment.

From there, it is a repeat of a story told many times by the EU. Once the democratically elected elements disintegrate, an EU technocrat is shoehorned into the post as prime minister to keep the EU house in order.

There is definitely no democracy involved in this EU move, as the EU abhors any form of democracy, as can be seen by the Brexit imbroglio, a muddied field of shit that even the most hardened Glastonbury-goers would balk at.

Unfortunately, this scenario is not a scene from some Hollywood film describing the destruction of the democratic process but just happened with the Italian quisling president Sergio Mattarella appointing former IMF goon, Carlo Cottarelli as the desired technocratic outcome to the post of PM despite a fairly elected democratic government wishing otherwise.

All of this is valid proof that democracy does not and cannot exist in the European Union. After all, it is a body ruled completely by unelected officials, who many do not know the names, or what they do.

As Jean claude Juncker, the EU president once said about British calls for a referendum on the Lisbon Treaty: “Of course there will be transfers of sovereignty. But would I be intelligent to draw the attention of public opinion to this fact?,”

How about what Juncker said about the French referendum on the EU constitution: “If it’s a Yes, we will say ‘on we go’, and if it’s a No we will say ‘we continue’,”

This is why anyone who supports the EU is essentially anti-democratic, and does not view their own sovereignty with any value.

As for the poor Italian voters, your vote does not obviously count for shit in your own country, and what the disgraceful EU really means is finally dawning on some of you.