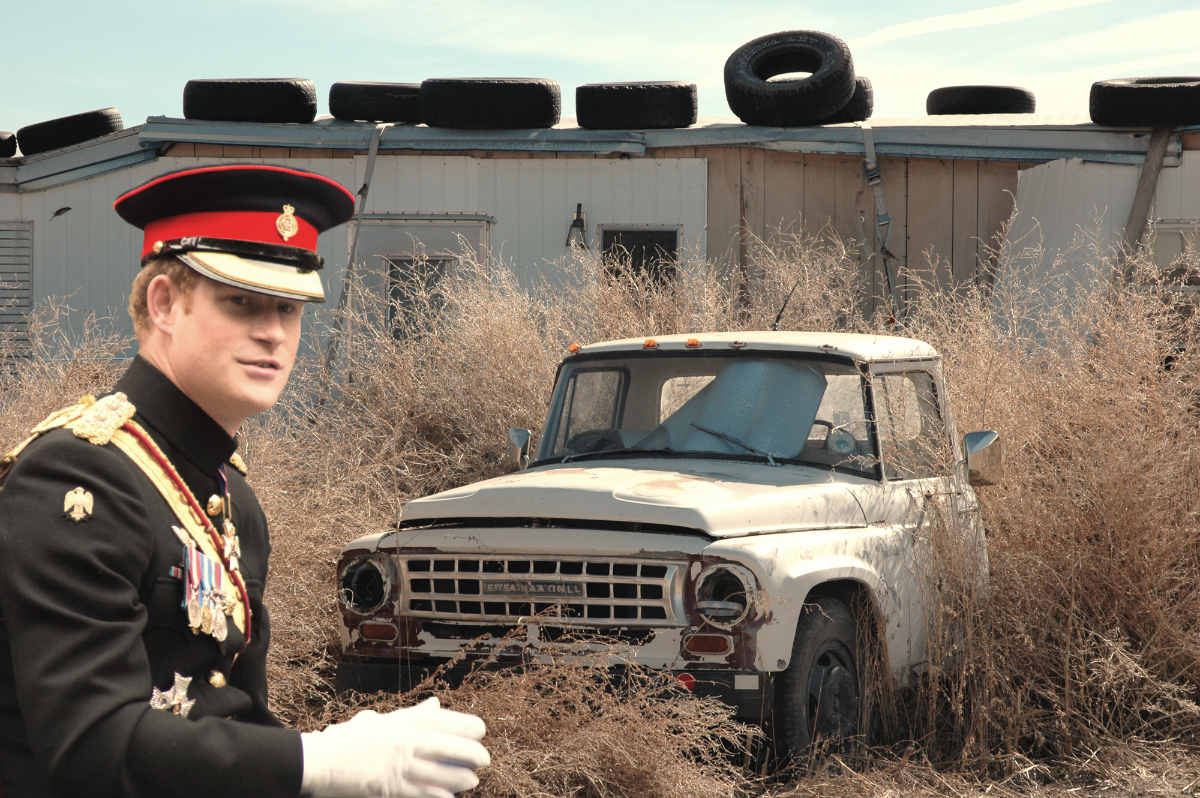 Prince Harry and Meghan Markle are soon to be wed, and as Meghan has met the Windsor family already, it was Prince Harry’s turn to meet the soon to be in-laws.

The prince travelled to deepest Montana three weeks ago to meet some members of the Markle clan and Doobey clan, as well as their extended family.

Speaking on an ITV exclusive, the prince was truly humbled after meeting some of the family.

Welcome to the family

“At one point one of them took out a vintage blunderbuss and shot a trespasser (photographer) on their land clean dead. It was quite a mess,” Prince Harry recalled jocularly.

Living in a shack were the cousins from the Doobey and Markle family. Uncle Buck Doobey, 65, is a wanted felon in seven states and was convicted for illegal moonshine production in 2016. He is also an alleged sheep rapist, and is to be tried in the county court in two weeks time.

Delores Markle, 42, sold her story to a New York tabloid for a six figure sum, and spilled the beans about ‘Pushy Princess Meghan’. She is set to buy a pig pen on her property with the funds she received.

“Imma raise some pigs to get me rich and fat. This shit is owed to me. Hyuk!”

Enus Doobey, 28, has been in and out of prison all his short life, and is currently on the run for credit card fraud, meth dealing as well as robbing seven banks unsuccessfully in four states.

“They’s told me that I might get an invite to Meghan’s wedding where they gots lots of silver and jewels and shiet. Unfortunately it never arrived in the mail. Imma have to catch that goddamn mailman next time I see the sumbitch!”

Living in a shack where most of the windows are broken, there is no running water, but there’s plenty of beer and meth.

“We live well here. Never worked a day in my life. Last time I saw Meg in L.A. we got on like a house on fire, that is I burned down her pa’s kitchen after a meth cooking experiment went wrong.”

All in all, Prince Harry had a pleasant time on his visit to see the future in-laws, and at one point took part in a competition to see who could spit tobacco furthest.

The ITV special on the royal visit will air in July.