The elites have been doing it for centuries. First create a problem, then engender a reaction in the masses, then come up with a solution to the ‘problem’ and bring in even more repressive control systems.

The Muslims are a suitable bogeyman for the Western world, and are being used to bring in a new system of extreme control and inhibitive laws that will take away our already limited freedoms further.

Just as Emperor Diocletion burned his own palaces to create a partial extermination drive against the Christians within the Roman Empire who were judged as a threat to his rule, so too are the elite unelected controllers using the spectre of ‘Al Qaeda’ and all Muslims to bring in their laws.

The parallels are also extremely similar to the persecution of the Jews by the Nazis in 1935, wherein, the Jews were cited as the main cause of Germany’s economic and societal problems.

Arnold Winklejenkem, a professor at the Swiss Institute of Fiscal Studies says: “The Muslims are playing into the hands of these people who want them to carry on with their brainwashed religious fervour. A Muslim’s enthusiasm for his religion is thus a weapon for the Western controllers to bring in the next stage of human enslavement. Islam is a threat to these controllers because the people controlled by that particular religion are not within their parameters, however, the Western controllers are now utilising this threat for their own sinister ends.

“Who profited from 911 or 7/7? It certainly wasn’t any Muslim. One must look at the Latin phrase cui bono? and understand that the Muslims are being used to bring in the next level of Western scientific dictatorship, which will be ruled by those with superior technological prowess and specific techniques in human control systems.”

The expulsion of the gypsies by Neo-Fascist elements within the French government in 2010 adhere to Fascist principals and are a step in the right direction towards the new system of mass expulsions and persecutions of ethnic minorities that will become more prevalent in the future. Israel’s expulsions and extermination of the Palestinians is another example of Fascistic governments utilising perceived threats to forward their own creation of a xenophobic state.

“First they let all these people into the already crowded eurozone for a reason — to create unrest and an element of threat to the populations. The outcry by the indigenous population is allowed to increase to a certain point of pressure, before the respective governments suddenly step in and bring in the new solution –ordo ab chao,” professor Winklejenkem added. 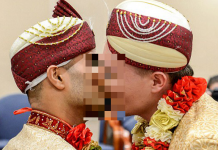 The Castration of Islam by Europe 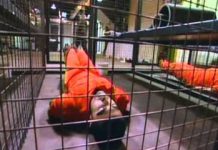 5 Great Hotels to Stay in America For Muslims Visiting 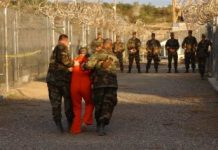