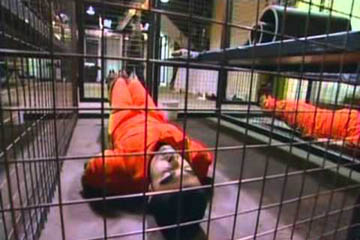 Before you arrive at the hotel, there’s only one small problem, how to get into America unnoticed?

Our Muslim travel guide for a Trump USA has been compiled after immense amounts of research and travelling.

Our Islamic traveller flew from Abu Dhabi to Rome hanging on the plane’s undercarriage. He received a little frostbite on his fingers and lost four, but otherwise was fine.

Once reaching Rome’s Da Vinci airport, he quickly stowed upon another plane headed for the United States, and the beautiful Big Apple, New York city.

The luggage bay our traveller stayed in was delightful, the temperatures sometimes dropped to minus 15 Celsius, but thanks to him stowing himself safely in a trunk, he did not suffer the cold as much.

On touch down in New York, it was easy for the Muslim to exit the aircraft once the baggage doors were opened, and the luggage was thrown onto a transport carrier.