“It’s all down to our hatred of coffee. If we even see one of those coffee selling outlets that are f*cking everywhere, we go ‘yeuch!’ it’s absolutely disgusting. Like the colour of dirt brown, and the smell makes me want to barf. It ain’t like a good cup of tea that’s for sure. Maybe a nice Darjeeling or Ceylon,” Arthur O’Connelly, a Tea Party organiser told CNN after his candidate won the primaries in La Junta, Colorado.

“You can’t feed your family on ‘Hope’ or coffee for that matter, can you?” another Tea Party supporter told Fox News.

All over America there has been a mass rejection of coffee and an embracing of the golden refreshing cup of chai.

“America needs strength in leadership, decisiveness, and most of all a strong cup of f*cking tea. Barack Obama is about as weak as a cup of lukewarm dirty dishwater coffee. We Americans don’t want that. Besides, when was the last time you drank a good cup of tea made by socialist? Exactly!” Mr O’Connelly added. 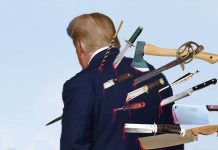 Trump Given Magnificent Send Off By Republican Party 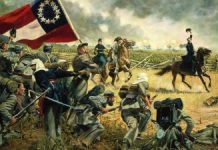 Civil War: Trump 37 Votes Away From Not Becoming President