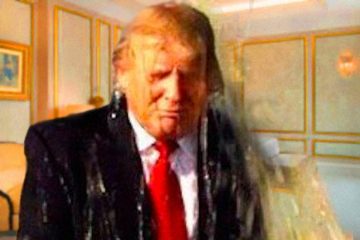 Agent B, FSB licensed to kill, contacted our offices by breaking in through the chimney at 4am last night. The dossier he was carrying held the Golden Shower Trump video which we immediately put on the screen.

The agent then said he would like payment of 230,000 dollars or he would imbibe us all with polonium milkshakes.

When we asked what that was, he answered ‘Litvinenko, remember him?’

Luckily we pulled a switch on the agent, while he was not looking, one of our staffers took pictures, and used a portable hard disk fob to record the evidence in its entirety.

We told the agent he should go to the Sun where they have big pockets due to being part of the Murdoch money empire. Sadly at the DS we don’t have two pennies to rub together, let alone thousands of dollars. Just ask for Rebekah, she’ll give you a large brown envelope I said timidly.

The agent was not happy and said he could take us all out in less than 12 seconds, that’s when our sub editor shit himself, like literally pooed in his underpants. The smell was so bad that the agent left sharpish back up the chimney, and was last seen jumping over roofs in Whitechapel.

Hopefully that’s the last we see of the Russian bugger.

Here is the still of Trump receiving a golden shower in Moscow courtesy of a group of Russian prostitutes. The full footage may never be released, thank god. 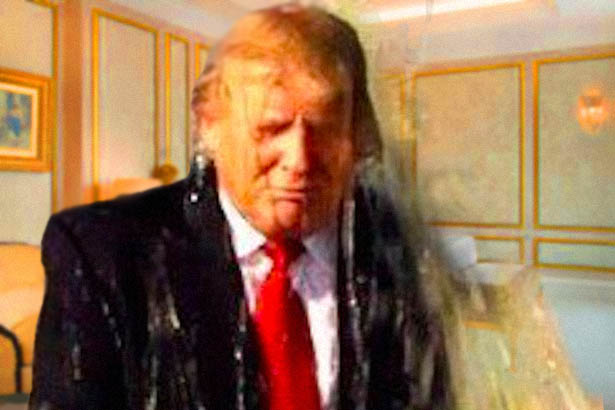