Germany has lost 1.5 million professional working Germans in the last decade mainly due to Angela Merkel’s policy of destructive migratory policies and insistence of reverse integration, where Germans are forced to adopt Islamic practices and Middle Eastern cultural norms.

Many Germans are moving to Hungary to get away from the unsafe conditions in their towns and cities, where the police have been ordered to hush up severe crimes like rape, sexual assaults, murder and violence committed by some sections of the migrants.

Where are the real Germans?

“When you have real German people leaving their homeland, this is a sad day for Germany. These are hard working people who benefit their nation’s economy and culture, but are being replaced by sub standard non-professional manual workers with no skills from the Middle East and Asia. We are seeing doctors, engineers, teachers, financiers, all leaving. They have rightly so had enough. This is solid proof that mass migration at this level of speed only creates destruction and benefits no one,” Hanz Fiegel, a former German councillor in Bavaria told news outlets on Friday.

According to Destatis, a German statistics agency, 138,000 professional Germans left Germany in 2015. More are expected to emigrate in 2016.

The deluge continues to come into Germany, and the exodus out also continues. This is a lose, lose situation for a once proud, economically strong country brought to its knees once again from poor leadership and economic suicide. 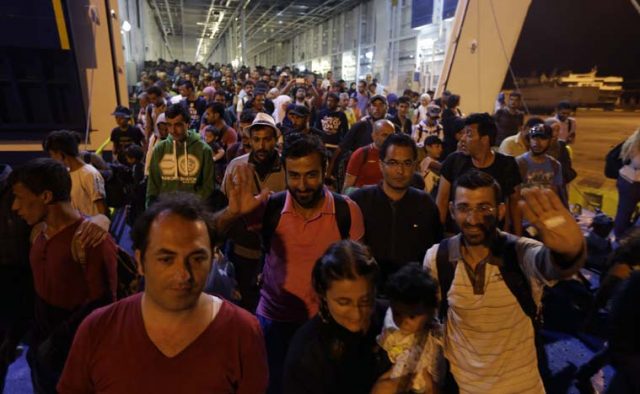