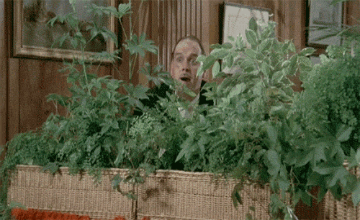 According to the Monty Python arch duke of satire, surrealism and the Ministry of Silly Walks, the Scots have colonised every part of major media operations in Britain.

Nowhere will you not find some duplicitous Scot undermining English interests than in key editorial/producer positions in all major newspapers and TV production studios.

The thing is he’s right. John Cleese, may be an old fuddy duddy escaped from a half filled dusty coffin buried in some apartment in Monaco, or wherever he is now, but he’s bang on the money, despite the outrage and ridiculous accusations of racism, he hit the nail on the head so hard it went through the floor.

The Scots have colonised the press, they influence the English population on what is read and what is not read, and these Scot editors manipulate the news that you read/watch every day. Go through the list of all major news publications in the UK today and bang you hit a Scot dead centre as the editor.

Of course, Scots have as much right as anyone to work anywhere they want in the United Kingdom, however the sheer proliferation of them within high positions in the news industry in England does beg questions.

In a time where it is okay to be a proud Scot or Welsh person, unfortunately to be a proud Englishman is frowned upon and sneered at. This is the crux of John Cleese’s dilemma.

It’s not only journalism. Look at politics. Naming a few names, Tony Blair, Gordon Brown, Alistair Darling, Alistair Campbell, and on and on.

One must consider the damage committed on Britain, on England by these politicians, who played the long game in inviting half the world’s population into tiny, overcrowded Britain. Lest we forget, Blair who was responsible for the biggest influx of people into the UK in modern history and a murderous war that we are still fighting.

The stain of Gordon Brown is still very much around today, this was the man who sold off Britain’s remaining gold reserves at the bottom of the market losing the treasury billions in revenue and impoverishing the country further. He certainly did not have England’s good fortune in mind, and one can imagine him sniggering as the Queen’s gold was sold off for a pittance. Another one up for Scotland.

Damage England bit by bit is possibly the Scottish agenda, and now that there is a little separation going on in mind and in political reality, the English must awaken to the parasites embedded in their system. Certainly, many of these plants have even lost the vestiges of their Scottish accents but they will damn well continue to undermine what’s left of England in their positions of power.

John Cleese has every right to castigate the Scots, as much as Nicola Sturgeon continues to do her best to undermine the English. Here is a woman who supported Scottish Independence which would have resulted in Scotland leaving the UK and EU a few years ago, but is now calling for Scotland to stay in the EU all because of the positive Brexit EU referendum result.

It is certainly good to see an Englishman fighting back. In this day and age of PC cultural Marxism, Cleese is a breath of fresh air, as for too long, the English have been so subdued, and fodder for cheap shots by all and sundry. As a race, the English do not know where to look now, they have almost become an amorphous race, invisible, angry and most of all tired of all this shit.

Fucking get up and hit that ball for a six.