“The first film, ‘An Inconvenient Truth’ was a complete fabrication, so my next movie ‘A Convenient Untruth’ will reveal the lies and fearmongering of the first film that netted me billions of dollars. In the new film I just fess up that I made loads of money off people’s fear and ignorance about climate change,” Mr Gore said from the Copenhagen Climate Change Global Warming Cooling Summit.

Mr Gore who is part of the Sovietization greening movement, is adamant that his lies and deceit are for the good of the general populace.

“One must realise it was in the masses interest to be herded into the Climate Change camp without so much as any real scientific data. We made it all up, like for example the nonsense about a 75% chance that the polar icecaps will melt completely in five or six years time. People ate that shit up and they came and saw the movie. You see I drive only the best Bentleys and Aston Martins because of the sheeple. If it wasn’t for them I wouldn’t have been able to build an extra East Wing onto my vast complex mansion back home. I thank the suckers who paid top dollar and were suckered into watching and believing my false fearmongering hype and deceitful lies,” Mr Gore added before re-entering another useless climate discussion where more hot air was released from the ineffectual bureaucrats and policy makers.

‘A Convenient Untruth’ is set to be released in all cinemas nationwide next week. 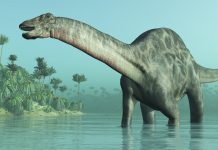