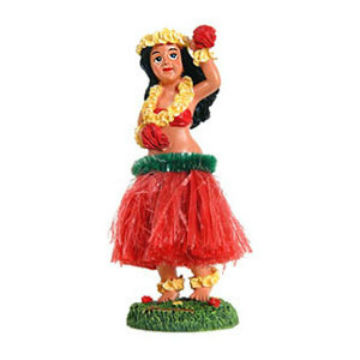 “I just bought two boxes of Hawaiian bobbleheads. As an Uber driver, I’m going to plaster my dashboard with these things as an antidote to socialist politically correct morons, and if they don’t like them, it will be eh eh, get da fuck out!” an angry driver told ABC news.

Cultural Marxism is a disease that is utilised to fracture nations, to weaken them from the inside, and once these useful idiots have been used, they will be discarded because they are too dangerous especially if they realise how they were used to achieve discord and chaos.

The whiny irreverent voice of some name-taking sovietized American woman may make you cringe and want to lobotomise yourself, but it is a very succinct illustration into how society has deteriorated to such a low level. Certainly, it would be perfectly permissible to bury an axe deep into Annaliese Nielsen’s cranium to put her out of her misery, unfortunately we can only imagine doing so.

America has been destabilised, and it may take many generations of education to turn back the clock.

One would think that any sane logical person would see this deterioration manifesting however the ideology of Marxism and socialism is so entrenched within the American education system that it may be too late for any change.

Hillary Clinton will win the 2016 election irrespective of any Trump aspirations, and this is the agenda. The election was done and dusted months, years ago and nothing can be done to change this fact.

The socialism has to go on, because all facets of American patriotism and culture has to be destroyed from within, so when the Russians and Chins roll in, they will have little or no resistance.

The first thing the invaders will do of course is to line up all the socialists and Marxist agitators against a wall and shoot them in the head. They would have fulfilled their purpose and the Russians and Chinese do not want them fighting back once they realise how they were used.