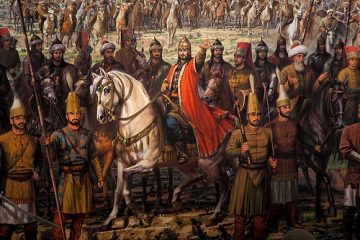 For years the Turks have been the laughing stock of Europe with delayed impossible EU aspirations knocked at every turn. It was only a matter of time before Turkey turned away from the EU and Europe, a Christian club which views Islam as some sort of Satanic cult. The recent attacks in Germany, France and Belgium justifying the European phobia of everything Islamic.

Strategically, Turkey is a very important part of the globe, and Putin knows this very well as do NATO. Currently the US is using Incirlik military base in the East of the country, but for how long?

The recent attempted military coup has caused a further rift in the previous alliance between Turkey and the West.

Turkey currently has the second largest army in NATO, but an alliance with Russia would certainly cause a few ripples in the West if they were to lose the all important Turkish East-West bridge.

Despite Erdogan and Putin having a fierce bust up over a downed Russian jet, they seem to have patched things up. Russia, increasingly isolated by Western sanctions has found a friend in Turkey who are now negotiating bilateral trade deals to circumnavigate any EU sanctions.

In light of this new friendship where does this leave the geopolitical balance? On one side we now have Russia, China, Turkey, Iran and other former Soviet states, on the other side we have America, Canada, Australia, Britain, Israel, Japan and Europe. N. Korea is the joker in the pack and in effect could do anything it wishes if it came to the wire.

The globe is restructuring into new areas never before seen, and the balance of power is shifting daily. Of course, we must also factor in Syria, which has destabilised a vast swathe of the Middle East. For Israel, ISIS and their counterparts are not yet a risk simply because ISIS are killing other Muslims in the region. Israel naturally likes this, and is happy to watch for as long as it goes on, however if the so-called Caliphate comes closer to home, things may change. One must understand that the Levant means the territory of Israel as well.

The increasingly Islamist Turkey is now taking many steps backwards, erasing any sight of any Kemalist, secularist vision, backwards towards the Ottoman sultanate where Erdogan will rule with impunity. By siding with Russia today, just as the Turks sided with Germany in the First World War, they have played a new hand in the proceedings, and the West does not know how to handle it.

If Trump becomes president, he will soon find out that Putin is not his friend, but the Don is too stupid to realise that now. The balance of power could very well be up to Hillary Clinton to complement, and to reign in the testosterone fuelled antics. Our prediction that she will be made president was made on the 14th October 2015, and we still stand by our accurate prophesy that she will be the first female president of the United States of America.

For now, say goodbye to Turkey. The Turks have moved back East and won’t come back anytime soon.