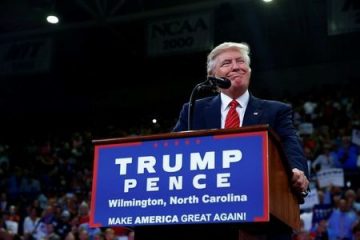 In an extraordinary speech on Tuesday in Wilmington, North Carolina, Donald Trump said:

“If she gets to pick her judges, nothing you can do, folks. Although the second amendment people, maybe there is, I don’t know. But I’ll tell you what, that will be a horrible day.” 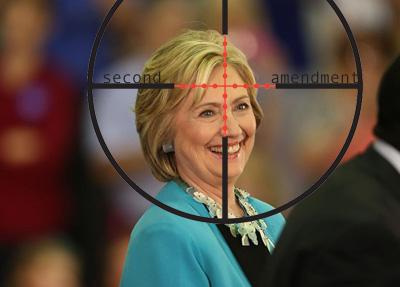 Trump later claimed he meant unifying second amendment people to politically block Hillary Clinton from revoking the second amendment, however one must look at the inflection and choice of words during the speech. “..maybe there is” suggesting anything is possible, then “I don’t know” another subtle suggestion of anything, and then the clincher “that would be a horrible day” meaning an ominous negative outcome, i.e. a shooting.

It is these subtle yet obvious calls to action that can easily be construed as an endorsement to attack Clinton. There are millions of Americans who will kill to save their right to bear arms, and there are millions of unhinged mentally ill Americans who are not only on medication but have the voracity to hear Trump’s call to action and act on it.

Trump’s latest escapade is proof positive that he himself is unhinged, and would readily resort to violence if things do not go his way. Like all bullies, Trump must have his way whatever happens, and he is used to yes men, to those who obey him, when that does not happen, Trump loses his short temper eventually leading to violence.

This is not about being left or right, this is about sanity and insanity

If there is any sanity left in America today, Trump followers must look upon this man and at least question his ability to lead responsibly.

The world is in grave danger if this man comes into the presidency. If you follow Trump without question, just take a step back for a second, think to yourself, why are you doing this? Remember to question at all junctures, this man, Trump, and you will see that what he says is not that of a sane person but of an unhinged megalomaniac, a schizoid, a sociopath, and ultimately a power mad psychopath.

Trump followers, you are being duped, Trump does not care for you, he is using you. He just wants the power, and when he gets it, he will abuse the power, and ultimately you will suffer, along with the rest of the globe.

Awaken from your hypnotic stupor, and free yourselves, as you have been whipped into a frenzy by this man, you must open your eyes to the trickery, or you will all die when he becomes president.