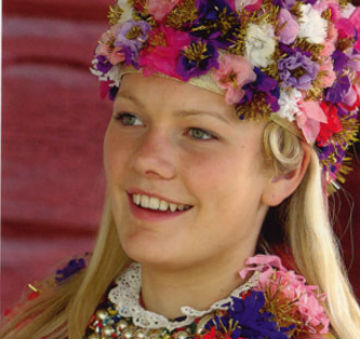 With over forty instances of indecent groping, five rapes and a spate of other sexually motivated crimes over the weekend committed by ravenous migrants on young beautiful Swedish women, the socialists may one day wake up to the reality of their situation, although it is highly unlikely.

The Cologne grope-fest should have been a wake up call across Europe but it was swiftly swept under the carpet.

In 2015, 163,000 migrants mostly from Afghanistan, Iraq, Syria came to Sweden, were welcomed with open arms.

The naivety of the Swedes is that they have open borders welcoming anyone who comes, without thought as to how their country, which has a population of only 9.6 million people will be affected. It is this ultimate naive ignorance to the wide world and its many problems that could cause some problems in the future.

Not all migrants should be demonised as groping miscreants raping and pillaging their way through a bevy of wholesome Swedish buxom blondes, but there is an element of Islamic conquest to some migrants entrenching themselves into the land of ‘easy Swedish pussy’ as they see it.

Gangs of marauding Islamic youths have only ever seen women in burqas, when they are suddenly confronted by a parade of blonde svelte Amazonian ladies smiling and welcoming them, a collective madness embroils their testosterone fuelled selves, they are blinded by pure lust. To see the silk skinned, fair, women, where their own are usually hairy brutes creates an uncontrollable madness. The feeling of invincibility as well in a society of socialist ideals where criminals have lenient sentences, and their crimes absolved because the socialists say they had a hard up bringing also engenders a feeling of unaccountability. You see socialism protects the criminal, it protects the rapist and gives them rights, because it can always be argued by clever socialist lawyers and law makers that these people have more rights than their victims.

Enjoy your open door Sweden, the attacks will keep on coming, and coming, and even then, your socialist ideals will ignore them, brush them under a carpet, and even justify them.