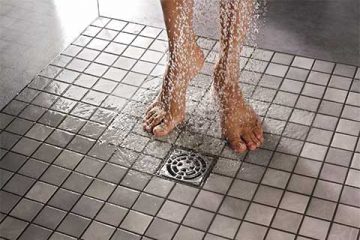 Dr. Erasmus Kotero, has found a new phenomena across the Gender Fluid community of  young people across the state.

“They’re afraid of plug holes and drains. A lot of them cannot bathe because they feel they may be sucked down into the drainage system when their Gender Fluids activate. We had one patient who identifies as a male on Tuesdays but on Wednesday likes to identify as non cis gender stat acronymus portens. The fear of being sucked down drains increases as they activate their Super Gender Status after reading more literature made up from psychiatrists. Plug holes have to be covered up and disguised, such is the fear level. Patient Z, a student at UCLA had to be rescued from a shower room last week when they started to block the drains with furniture causing major blockages in the sewer system. This action alone cost the state $3.8 million to rectify. So, you can see it is a costly affair.”

Subject X, a hysterical student at San Francisco university commented: “It goes down! The water goes down the plug hole into the drain. Eaaargh! It goes down drop by drop sucking up my gender fluids. Argh! Argh! Eaaargh! No shower. No washy! No showers or bath! Sucked down into the drain!”