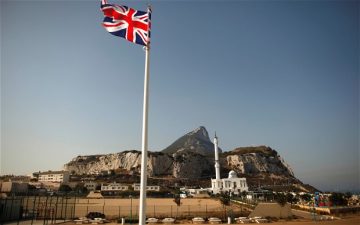 Gibraltar has nothing to fear post-Brexit despite the hysterical fearmongering comments from Foreign Secretary, Philip Hammond.

Asked about what would happen to Gibraltar, which Madrid said it would seek to jointly govern with London after the Brexit vote, the Foreign Secretary said:

“We will be less able to protect Gibraltar’s interests outside of the EU.”

The Foreign Secretary should be doing everything he can to support and defend our territories, his statement today has caused great concern in Gibraltar and Britain, and cast doubt over the future of Gibraltar’s status during a time of uncertainty.

Phillip Hammond must clarify and withdraw his statements. If he and other “Remain” supporting Ministers are not willing to fulfil their duty with Britain now leaving the EU, they must resign with immediate effect.

“Gibraltar is British and will be protected & kept safe no matter what. It is hysterical to suggest otherwise.”