There are certainly questions about MPs’ safety within constituencies and every day movement which should be addressed.

The DS has suspended all posts regarding the EU referendum since yesterday afternoon, however there are a sizeable amount of shameful IN campaigners pleading for Remain votes on social networks exploiting the shooting on Thursday.

Some members of the media have decided to sensationalise the tragic death of the MP and put out a pro-European anti-Brexit  stance at the same time. This is a shameful exploitation of Joe Cox’s death for political gain. 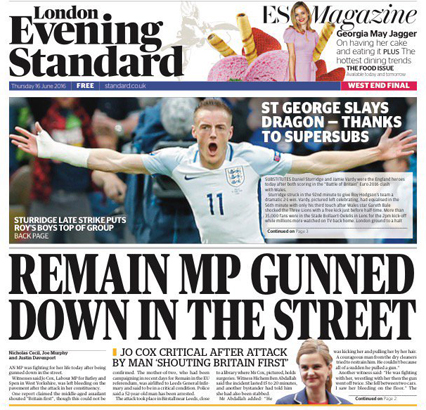 This is wrong. We will not be swayed by the despicable exploitation of an MP’s death at the hands of a mentally ill person. The reprehensible exploitation for political gain by Remain campaigners is abhorrent. 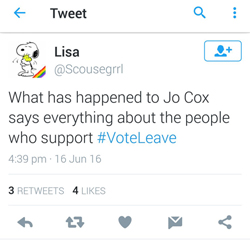 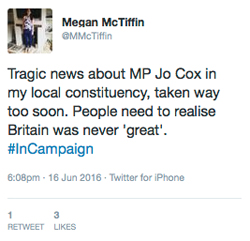 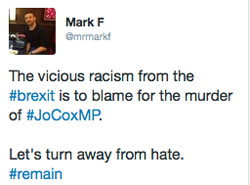 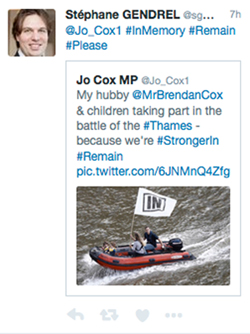