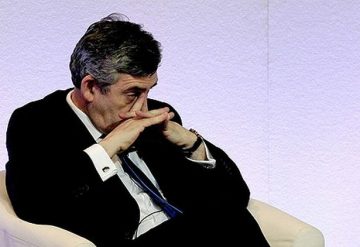 ‘We had an opportunity to get positive changes out of the EU but David Cameron blew it with his failed renegotiation. Labour voters have seen through the spin of the Government which is why they are rejecting the IN campaign and no amount of hastily cobbled together relaunches will change that.

‘As my own experience with the EU constitution taught me, Brussels only heads in one direction seizing more power and money from member states at every opportunity. If we want to take back control of our borders, economy and democracy, if we want to stop handing Brussels £350 million a week and if want to create a fairer Britain, we have to Vote Leave on 23 June.’

The UK has gone further than EU law on workers’ rights. Further harmonisation of social legislation poses a threat to the UK’s more generous protections.

The Wilson Government passed the Equal Pay Act 1970 before it entered the then European Economic Community in 1973. The Labour Government passed the Sex Discrimination Act 1975, before the first EU Directive on the topic was adopted. There is no need to be in the EU to ensure equal pay for equal work.

The Employment Protection Act 1975 provided that a woman who was dismissed on the grounds of pregnancy was to be treated as unfairly dismissed. This was adopted long before the Pregnant Workers Directive.

The UK has been more generous than EU law on paid holidays, with 5.6 weeks entitlement each year, rather than the four contained in EU law.

UK legislation also gives women the right to receive 90% of their salary during the first six weeks of leave. EU law only requires that the rate of pay be equivalent to statutory sick pay in this period. This is £88.45 per week.

The EU has destroyed jobs. If we Vote Leave, we can create 300,000 new jobs through new trade deals.

As a result of disastrous EU policies, the suicide rate in Greece rose by 35% between 2010 and 2012. Suicides in Spain have risen by 20% since the start of the economic crisis.

Average net earnings for a single person without children in Greece fell by 17% between 2010 and 2015.

Control over trade policy could create 300,000 jobs. The EU’s failure to conclude just five trade agreements, with the United States, Japan, ASEAN, India and Mercosur has, according to the European Commission’s own figures, cost the UK 284,341 jobs.

The EU keeps fuel bills high through VAT which we will scrap if we Vote Leave. This will benefit low income households in particular.

European Union law prevents the UK from cutting VAT on household energy bills. The Labour Party’s 1997 Manifesto stated that ‘the tragedy is that those hardest hit are least able to pay. That is why we strongly opposed the imposition of VAT on fuel’.

The EU has admitted its policies increase the cost of energy. The European Commission has admitted: ‘Energy costs [are] to rise in all scenarios’.

The European Court facilitates tax avoidance. HMRC could have to pay out £43 billion to big businesses by 2021 due to its rulings.

The Justice Secretary, Michael Gove, has said the European Communities Act 1972 should be amended after the referendum to end these payouts.

We can also better limit tax avoidance outside the EU. Changes to the UK’s anti-avoidance rules which apply to ‘controlled foreign companies’ were introduced to comply with a 2006 judgement of the European Court. These changes have meant £2.36 billion in lost revenue since 2012 when the judgement was implemented, and a recurring cost of £840 million per year.

Terrorists. In 2015, the Special Immigration Appeals Commission ruled the UK could not exclude ZZ from the UK because of EU law, despite the fact that he was a suspected terrorist. The Commission concluded that: ‘We are confident that the Appellant was actively involved in the GIA [Algerian Armed Islamic Group], and was so involved well into 1996. He had broad contacts with GIA extremists in Europe. His accounts as to his trips to Europe are untrue. We conclude that his trips to the Continent were as a GIA activist’.

Killers. In 1995, Chindamo, who is an Italian citizen, murdered the headteacher Philip Lawrence who went to help a 13-year-old boy who was being attacked. He was sentenced to life imprisonment in 1996. In 2007, Mr Justice Collins, sitting in the Asylum and Immigration Tribunal, ruled that removing Chindamo would be ‘disproportionate‘ under EU law. David Cameron said that Tribunal’s decision ‘flies in the face of common sense. It is a shining example of what is going wrong in our country. He is someone who has been found guilty of murder and should be deported back to his country… What about the rights of Mrs Lawrence or the victim?’. Cameron said: ‘This does seem to be complete madness’.

Border controls. In December 2014, the European Court decided that the UK could not require third country nationals who are married to EU citizens to obtain a permit from UK authorities to enter the UK. The British Government is instead obliged in principle to accept as valid residence cards issued by other EU countries. This is despite the fact that Mr Justice Haddon-Cave had found that forgery of such permits was ‘systemic’. The former Secretary General of Interpol, Ronald K Noble, has noted that: ‘Eight Schengen countries were on the list of the top 10 nations reporting stolen or lost passports in Interpol’s databases’.

Gordon Brown broke many promises on the EU when he was Prime Minister.

He surrendered many vetoes. The Treaty surrendered 70 vetoes over EU law. Despite this, Brown claimed: ‘there were no major constitutional changes. Our national sovereignty has been protected’.

He signed up to the Charter of Fundamental Rights, with his Government wrongly claiming there was an opt out. The Lisbon Treaty included the Charter of Fundamental Rights, although the Government falsely claimed at the time it had an ‘opt out’. The then Foreign Secretary, David Miliband, claimed: ‘A new legally binding protocol guarantees that nothing in the charter extends the ability of any court to strike down UK law’. The Charter has been used to strike down the UK’s surveillance regime. In July 2015, the Divisional Court in London annulled the Data Retention and Investigatory Powers Act 2014, for being inconsistent with the Charter of Fundamental Rights. The Home Secretary, Theresa May, had said the legislation was ‘crucial to fighting crime, protecting children, and combating terrorism’. The European Court will now decide whether the legislation is allowed after the referendum.

He surrendered part of the rebate as Chancellor. Gordon Brown was Chancellor when Tony Blair surrendered half of the UK rebate, despite the Government promising that ‘the rebate will remain and we will not negotiate it away. Period’. Tony Blair’s changes have now cost the UK at least £10.4 billion.