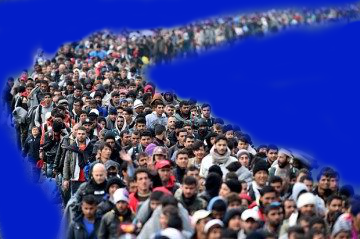 ‘These figures – which had to be dragged out of the government – show the scale and impact of immigration from the EU is even higher than previously admitted. It is out of control – and cannot be controlled as long as we stay in the EU. This puts huge strains on the NHS, housing, schools and other public services.

‘Short term migration is highly significant, and arguably most damaging in terms of wages and work conditions. The only way we can take back control, and deliver on our manifesto commitment to reduce migration is to Vote Leave on 23 June.’ 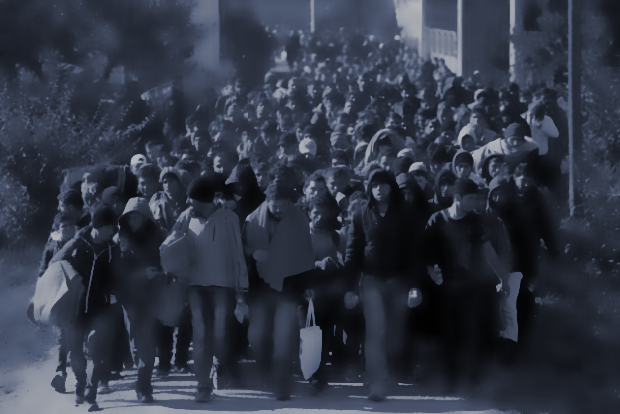 The Office for National Statistics (ONS) has released a note on the difference between National Insurance number registrations and the estimate of long-term international migration.

These statistics do show that the International Passenger Survey is underestimating the scale of migration into the UK.

In the four years ending June 2014, there were 739,000 gross EU migrants according to the International Passenger Survey (IPS). There were 1.537 million NI no. registrations.

The ONS states that: ‘HMRC also shared with us analysis of those who had arrived, or registered for a NINo in the 4 years, to 2013-14 and were subject to income tax NICs and, or received HMRC benefits at some point in 2013/14 – the latest year available. They found 1.0 million such individuals were from the EEA’. 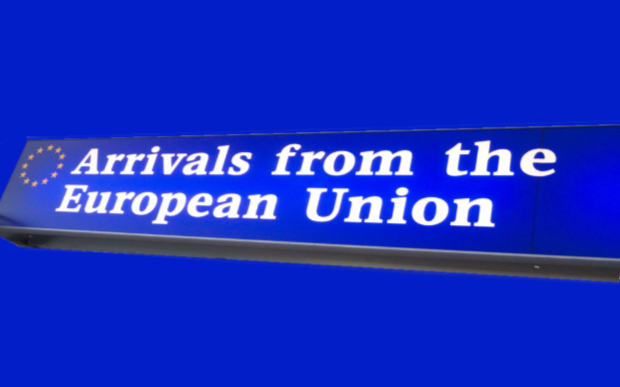 The figures reveal the high-level of short term migration, which has a corrosive impact on people’s wages and rental prices.

The report states that: ‘Short-term migration to the UK largely accounts for the recent differences between the number of long-term migrants (as estimated by the International Passenger Survey (IPS)) and the number of National Insurance number (NINo) registrations for EU citizens’. This confirms that EU migrants who are coming to the UK for short periods are registering for work, putting a downward pressure on wages.

It is well established that having more people in the workforce drives down wages. The Bank of England has found that ‘the immigrant to native ratio has a small negative impact on average British wage‘. The study found that ‘immigrants in recent years are most predominant in low-skill occupations’. The study concluded that: ‘the biggest effect is in the semi/unskilled services sector, where a 10 percentage point rise in the proportion of immigrants is associated with a 2 percent reduction in pay‘.

The head of the BSE campaign, Lord Rose acknowledged this and admitted wages will go up’ if we Vote Leave, stating: ‘If you are short of labour, the price of labour will go up’. 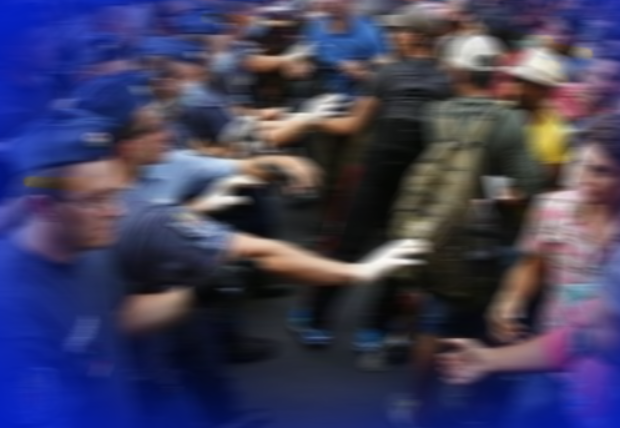 The report concludes that the Government does not understand the nature of migrants who enter and leave the UK several times a year.

The report concludes that ‘more analysis will take place to better understand what administrative sources tell us about migration patterns, particularly migrants who may enter and leave the UK several times within a year’. 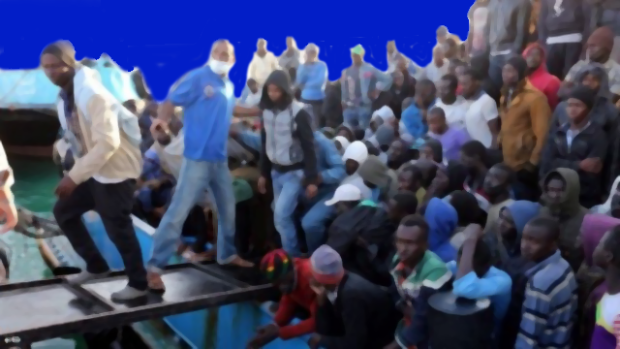 The Government has failed to reduce net migration to the tens of thousands, despite the Prime Minister and the Home Secretary’s repeated promises.

In his 2014 conference speech, Cameron said: ‘numbers that have increased faster than we in this country wanted at a level that was too much for our communities, for our labour markets. All of this has to change – and it will be at the very heart of my renegotiation strategy for Europe. Britain, I know you want this sorted so I will go to Brussels, I will not take no for an answer and when it comes to free movement – I will get what Britain needs’. 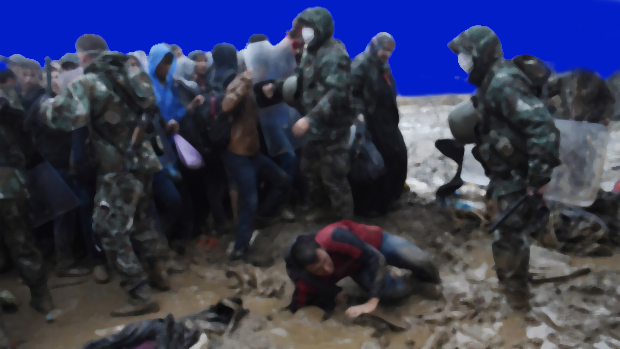 The 2015 Conservative Manifesto promised to ‘keep our ambition of delivering annual net migration in the tens of thousands, not the hundreds of thousands’.

In her 2015 conference speech, the Home Secretary, Theresa May, said: ‘Britain does not need net migration in the hundreds of thousands every year… at best the net economic and fiscal effect of high immigration is close to zero.  So there is no case, in the national interest, for immigration of the scale we have experienced over the last decade.Neither is it true that, in the modern world, immigration is no longer possible to control’. 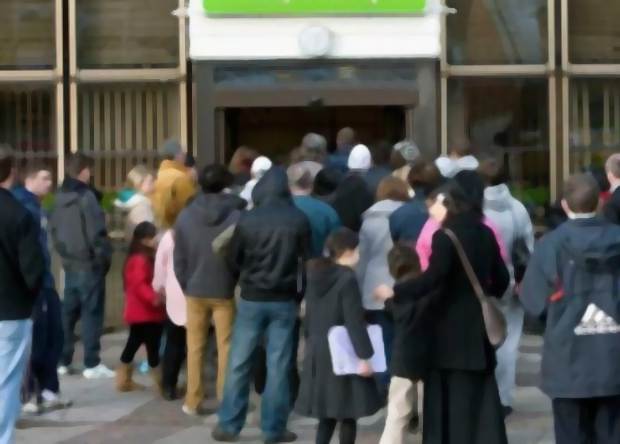 The Government has dropped a key promise that EU migrants must have a job offer to come to the UK.

In November 2014, the Prime Minister promised that ‘we want EU jobseekers to have a job offer before they come here’.

The Home Secretary, Theresa May, has argued: ‘when it was first enshrined, free movement meant the freedom to move to a job, not the freedom to cross borders to look for work… we must take some big decisions, face down powerful interests and reinstate the original principle underlying free movement within the EU’.

The Chancellor of the Exchequer, George Osborne, has said: ‘What we’re going to address is this question of how freedom of movement operates in the 21st century. It was never envisaged that you would have such large numbers of people coming, people coming who don’t have job offers‘.

The renegotiation agreement notes that EU citizens are ‘entitled to reside… [in the UK] solely because of their job-search’.

ONS statistics (which are likely to be an underestimate) show that in the year ending September 2015, 69,000 EU citizens entered the UK ‘looking for work’. If the number of EU jobseekers entering the UK over the next decade remains at current levels, 690,000 persons would be added to the UK population as a direct result. This would be the equivalent of a city the size of Glasgow. 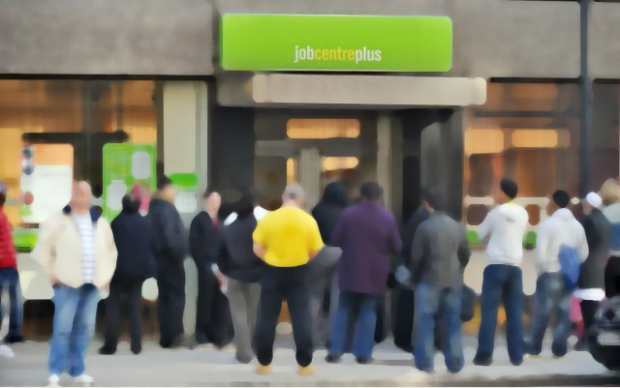 The Government has dropped a key promise that all EU jobseekers must leave the UK after six months.

In November 2014, the Prime Minister promised that ‘if an EU jobseeker has not found work within six months, they will be required to leave‘.

This is illegal under EU law. In 1991, the European Court ruled that the Treaties forbid the removal of jobseekers from another EU member state, regardless of the duration of their stay if ‘the person concerned provides evidence that he is continuing to seek employment and that he has genuine chances of being engaged’.

The Government admitted in December that many EU migrants can ‘keep the status of jobseeker for longer than six months’. 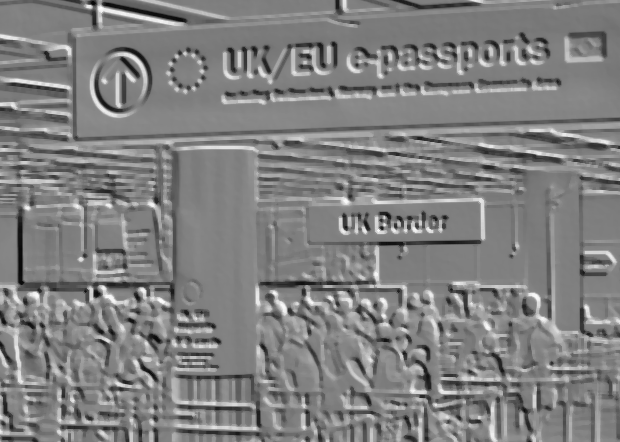 The ’emergency brake’ will have no impact on migration.

In December, one of the top three members of the independent Office for Budget Responsibility, Sir Stephen Nickell CBE, has said changes to migration would have ‘not much’ impact on migration.

Oxford University’s Migration Observatory concluded that the proposed welfare reforms are ‘unlikely‘ to ‘lead to a large reduction in EU migration to the UK’.