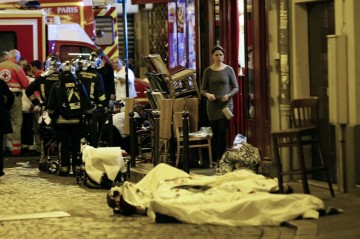 The evidence is clear, there is little or no security in an EU with open borders, and yet there are some people who defy logic and still wish to remain in a European Union which endangers the UK’s security.

The EU’s Schengen zone is the reason why there are thousands of Jihadi cells waiting to strike in Paris-style attacks and there will be more to come.

When the most senior Western official warns of the serious dangers of remaining in the EU, even if you are a staunch europhile you have to sit up and listen.

James Clapper, the US Director of National Intelligence, has warned the free movement of citizens around the EU was “in conflict” with the need to protect security.

He said there is evidence of fanatics from Islamic State in Iraq and Levant (Isil) in Britain, Germany and Italy secretly plotting outrages like those witnessed in France and Belgium.

Former MI6 chief Sir Richard Dearlove also recently reinforced warnings about the grave dangers to the UK’s security by remaining in the EU, and stipulated quite correctly that ‘quitting the EU would improve Britain’s security’.

Even the EU’s own Frontex agency has acknowledged the serious flaws in EU security that endanger its citizens.

The Head of Europol, Rob Wainwright, has revealed that over 5,000 Jihadis have returned from war zones in the Middle East and swept across the EU. Many of these battle hardened operatives can move around the EU unhindered by checks, and are poised to attack at any time.

Just as in the Paris and Brussels attacks, these elements would most probably attack soft civilian targets, easy to access and prepare for, these groups are highly trained individuals with no compassion. 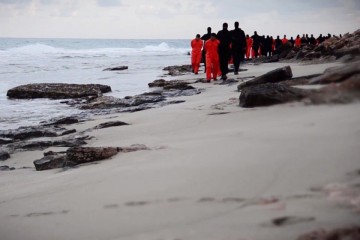 There is therefore no logic whatsoever in voting to remain in the EU for the UK with regards to security. If you value your own life, and that of your family, your children, your fellow countrymen you will not put yours and their life at risk by voting to remain on June 23.

Voting to leave is the only way the UK can really secure its borders, to stop this deluge and dangerous security risk coming into our borders every day.

If you vote to remain in the EU, you do NOT value your own life, and you do not value the lives of your children or your family, your friends and your countrymen.