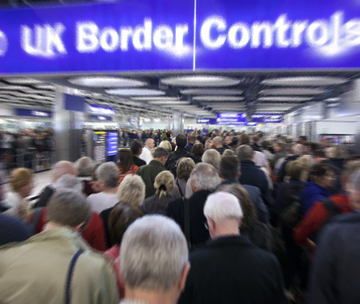 With one in four primary schools full across Britain there is a serious shortage of places because of the massive migratory influx.

Head of the Vote Leave campaign, Gisela Stuart outlines the disparity in school places and the pro-EU government hiding crucial statistics in the build up to the EU referendum.

‘I’m deeply concerned to hear of yet another example of the Government seeking to sway the debate by hiding inconvenient facts from the British people. This has become a clear pattern of behaviour – and it is ill befitting of a Government that claims to want to have an open and honest debate.

‘It is vital this report is released before the referendum so people can make an informed decision, and I urge Nicky Morgan to publish without further delay.

‘People have been misled for years over our lack of control on immigration – which has led to unsustainable pressures on our schools. But there is no way of avoiding the reality that the only way to get back control over immigration is to Vote Leave on the 23 June.

‘That vote would also mean we can take back the £350 million we send to the EU every week, and spend it on our priorities instead.’