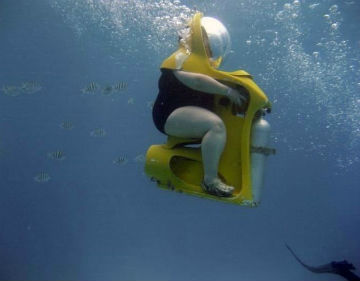 The unknown class of vessel had been reportedly operating off the North Korean coast earlier in the week when it disappeared.

“One minute it was there, the next it was gone,” Li Hung Fuk, N.Korea’s military chief told the official KCNA news agency.

However, it was not until 3pm on Saturday off the coast of Florida when a clam diver saw what looked like a fat person on some kind of underwater contraption heading towards shore.

“I was on my second dive and I saw an obese man on some weird underwater machine. The fat oriental guy had a really gay looking haircut and I thought to myself, Kim Jong-un?”

The Florida coast guard has been alerted.