If you do not want the totalitarian dictatorship of the EU to survive, an entity ruled by faceless unelected bureaucrats, then as painful as this sounds, you must wish on a continuing migratory deluge flooding every EU sector with tens of millions of migrants from the Third World.

This migratory flood is already causing some trouble but it needs to be encouraged even further, as the EU officials are encouraging it, so should the people who will sit back and watch the individual states crumble under their own directives and invites. 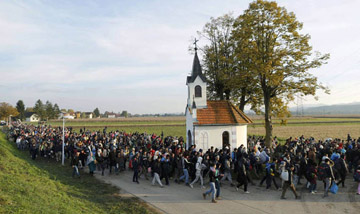 “They want this, therefore we should let them have it. From Hamburg to Kathmandu, from Rome to Bangladesh, from Bucharest to Lahore, let them come in their millions. Remember India alone has a population of 1.3 billion people. Let them converge on Frankfurt, or how about Stockholm? We must also encourage as many Muslims to come as possible, and Sub Saharans, this is the core of the deluge,” a man at an overcrowded train station in Croatia said before he was engulfed in a massive crowd of crazed migrants.

Therefore, you should smile when you see the millions invited into Greece, and encouraged by Tsipras to go to Germany. Certainly Alexis Tsipras knows the game, as soon as they come, he points the way, and they go to their new homeland, Germany. 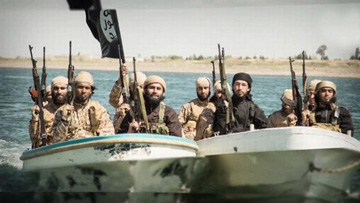 Please come to the EU is the message. Millions are now waiting for Spring to come, and then it will increase, ten, twenty fold, the deluge must rise exponentially, never stopping, always rolling, the smiling Soros face approves of this, and so should any who does not approve of the EU, naming no names.

Nothing can be done as the swarms increase daily, day in day out, months, years, decades of millions crossing into Europe, keep the Schengen open, as the hordes come to claim their own piece of land, to take what is theirs, and owed to them.

Who is to say it is not their right? To come to Paris and claim it for themselves, to come to Stockholm and take over, for it is YOU who invited them and now they must take what is owed to them.

Stand aside and watch the EU, you wanted this to happen, and now it is.