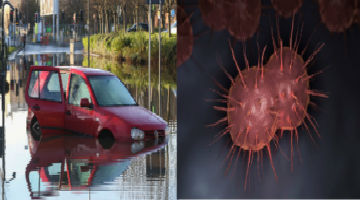 National Health Statistics this week revealed that large swathes of Northern England are infected with an incurable strain of Gonorrhoea, what with the mass floods, this adds up to another grim week up North.

“We rarely see the sun up here. I’ve got incurable Gonorrhoea and my house got flooded ruining everything,” Gerald Trent, 34, from Leeds told the BBC.

Mr. Trent who is married with seven children is unemployed and wanted to get to the nearest sexual health clinic for treatment but that’s been shot due to half of Yorkshire and the North being under seven feet of water.

One of his neighbours was livid.

Anyways, it’s fucking grim up North, but everyone knows that already.