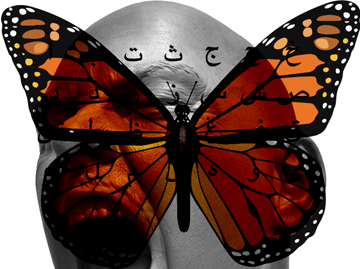 The word assassin derives from the Arabic ‘hashishiyyin’. Hasan ibu-al-Sabbah was the leader of an extremist hashish munching Islamic sect during the period of the Christian crusades, whose penchant for calculated murder of opponents was unrivalled.

Within Europe today many potential assassins are within our midst, some who do their job cleanly, and others who complete their jobs in a messy fashion for maximum money shot effect, but either way, these people have triggers, and their controllers are able to switch them on and off at will.

Psychological alters (alter egos) are embedded deep within the mind, where they can outwardly exhibit completely different personalities, but they have many multiple alters within their honeycomb minds, some parts not even aware that other parts exist.

The process of mind control usually starts from infancy, and religion is an excellent conduit although the best technique is trauma based. The Islamic religion is the most effective tool around today for perfect mind control, but Christians and other religious recipients are also very susceptible to mind control.

Trauma based mind control is a process of breaking down the individual’s mind into many parts through the amnesiac qualities of trauma. For example, if you are involved in a car crash, your brain will create an amnesiac barrier to the traumatic event so that you will not have to re-live the horrible event over and over again. Mind control experts utilise this same technique but with torture on the individual, breaking down the person’s mind then rebuilding it as they choose. The same variation is also used in military training of soldiers. Each soldier is broken down through intense training and controlled abuse. The controlling trainers then rebuild the soldiers’ minds training them to kill and complete tasks without question.

Religion is the most powerful conduit for mind control.

If you believe that Jesus walked on the water and his body floated up to heaven after he died, you have been brainwashed to some extent, and there are grown men and women around today who emphatically believe that Jesus was a supernatural being. These people still function in a seemingly normal manner in their jobs, their daily life yet were brainwashed from infancy to believe in something that is completely removed from reality, science, logic or physical possibility. Brainwashing is also generational, and is carried from the parents to the child.

There are thousands of innocent looking refugees walking into Europe right now, but to stigmatise those who are genuinely in need of help is wrong, unfortunately amongst the real refugees will be the alters. They will look as harmless and needy as the rest, they will have stories of horror, of hardship and war, but that will be their top visible layer, and not the multiple alters they hide so well. Only highly trained people or their specific controllers can detect the embedded parts of a functioning alter.

The process of training these people to be assassins and terrorists possibly takes years, and the mind control experts in charge know exactly how to manipulate their charges with intricate care.

There is an element of truth in mind control in popular fiction, for example in the Bourne Identity, there are prime examples of actual CIA processes utilised on agents, as well as Ian Fleming’s Bond character who does display many facets to his character of mind control.

Distinguishing the mind and the brain is of course an important factor in describing things, the brain is the property of the medical faculty and the mind is a concern of the psychoanalytical field, however when it comes to complete mind control, both elements are utilised to great effect sometimes with the use of drugs.

One can get Sirhan Sirhan, a loopy Palestinian immigrant to do things he never thought possible, especially when he has a complete blackout to the things he did afterwards, or how about getting some social misfit to go on a shooting spree, an excellent precept to calling for gun control. Get enough shooting sprees going, then everyone will be calling for it to stop.

Learning a linguistic set of words, your first spoken sentence, the process of learning is an indirect process of mind programming, because it establishes a given pattern that one must follow through symbols.

Fashion is a form of mind control, and people who follow fashion are dedicated to their narcissistic desire to follow others in the way they look. Followers of fashion think they are unique but this cannot be further from the sordid truth as they are really mindless followers.

What does a computer programmer do? First he has to be programmed himself, then once he has been programmed he can utilise his new found program to do some programming within the framework of the programming language.

Being in a football crowd at a game is a tribal form of mind control, even doing a Mexican wave at a game displays a certain hive like behaviour.

If you are reading this right now, or have come up to this point, well done. This article is not brainwashing you though, that is not the purpose of this article, but please email the editorial department detailing the bank transfer you are about to complete for as much as you can spare, let’s say a £1,000. Thank you.