The Daily Squib has learned that a crucial meeting designed to determine whether Baby P was to remain in his mother’s care was hampered from the start when Haringey Council social service managers spent 45 minutes trying to decide what name to call their meeting and an additional 15 minutes debating where they should go drinking at afterwards.

After 15 months of paperwork dedicated to the case of Baby P piled up on Haringey’s Director of Children and Young People’s Services desk, Sharon Shoesmith finally decided that it was time to call a meeting. Shoesmith was worried that her £100,000 a year job may come to an
end should Baby P die and this was beginning to frighten her.

Photographs of Baby P were littered in files on Sharon Shoesmith’s desk documenting injuries that included fingernails pulled off with pliers, broken ribs, a broken back, missing teeth and various bruises.

Social worker Maria Ward had assured her managers that Baby P “was just accident prone” and that Tr*cey Co**elly’s Nazi sadist boyfriend St*ven B*rker was “a jolly good chap” who had kindly taken his criminal brother into their household as authorities were after him.

“They spare no expense when it comes to splashing out on Baby P,” Maria Ward had stated in records. “Why, the last time I saw the cute little mite he was covered from head to toe in chocolate. If anything, I would say that Baby P is spoiled rotten.”

“On some visits to Baby P’s house I have noticed that he is wearing 5 layers of tight clothing which sometimes makes him gasp for air. But it is clear to me that Baby P’s mother just enjoys lavishing money on him and dressing him in the finest chav clothes available.”

Once the meeting to decide Baby P’s fate was called, Sharon Shoesmith insisted that a name must be given for it so she could send memos around afterwards.

Instead of looking at the 47 folders detailing the life of Baby P at the hands of his torturers, our Daily Squib informant was shocked to discover that key social service workers and managers sat at the meeting trying to decide what they should call it.

“No, that’s too bloody obvious, innit,” a manager said.

Tempers flared and arguments resounded across the room as name after name was called out.

Once a name was finally given to the meeting 45 minutes later, one of the managers said they were so stressed out with having to come up with a name that they needed to head down to the pub soon.

After the word pub was mentioned, social workers and managers took a vote to decide where they should eat after the meeting.

Our informant said, “I’m sorry to say that as soon as everyone heard the word pub mentioned that was the end of the meeting. There was a vote that lasted 15 minutes to decide which pub they should go drinking at and by the time they were finished with that the 60 minutes was up and the meeting was adjourned without ever having once discussed the details of Baby P’s life.”

“If that isn’t an indictment on Haringey Council, I don’t know what is.” 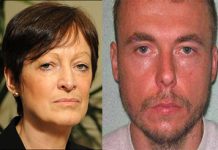 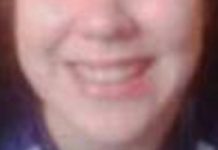 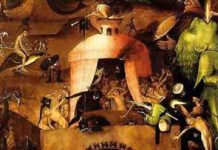