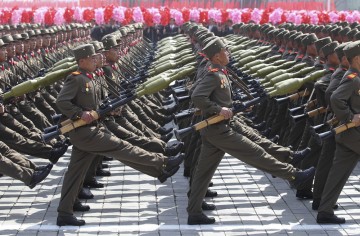 “The Chinese are good at copying but innovation is still the West’s sole tool. Sure, they are good at espionage within Western companies, stealing plans, thieving specialist data, but at the end of the day, China is not a creative force, it is simply a force of manufacture and plagiarism. This is why their air and water are so polluted. The Chinese have killed off their own land for greed, and to live in China today is a sure fire  sentence for early death. Their people are suffering in overcrowded polluted cities where the air is full of heavy metals, cancerous poisoned food and water supplies and a government that turns a blind eye to corruption,” a senior analyst revealed in a recent paper.

China’s bloated population of 1.357 Billion people is a blight on the earth creating untold damage to the environment. It is to this end that whatever measures Western countries take to reduce global pollution, China is there creating vast amounts of pollution desecrating the earth further offsetting any Western progress. Something has to be done about the Chinese and their Malthusian population nightmare, and it will have to be drastic action to either reduce it by 95% or eradicate it completely. Even a mass sterilisation program would barely touch the current population’s upward trajectory.

What of China’s human rights record? Naturally, this is overlooked by some Western nations when dealing with the economic benefits of Sino-Western relations, but one can not overlook the totalitarian evil meted out on the people. Forced organ transplants, beatings, torture, concentration/re-education camps, the Tibetan and Uyghur massacres.

China wants to expand, of course they do, with nearly two billion Chinese people stinking up the world, they need new territory to mess up, they need more resources. Think about the amount of finite natural resources the Chinese use up, it’s a disgrace to humanity.

When it comes to military might, China certainly has a well honed army of millions, but is that enough for a war against the West. Well, if a conflict were to arise, China now has the capability to take out U.S. satellites from space and has embraced drone technology as much as America.

The West is still decades ahead of China in military technology but the Chinese could still cause some damage if conflict reared its head.