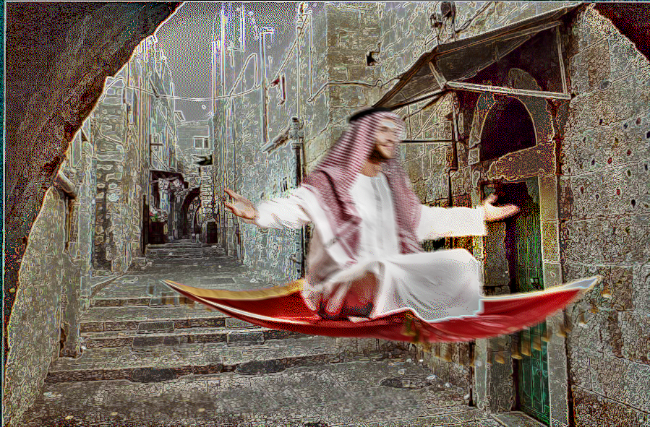 Back in 2014 before the Americans started their bombing campaign, we revealed the main weakness of groups like ISIS, and how they are at a great disadvantage. They don’t have an air force, and this is why they’re currently being bombed back into the stone age.

That is until now. Senior commander in chief of the ISIS Air Force, Abdul Abdullah, has revealed a new squadron of air craft that will counteract the mass bombing campaigns of numerous nations currently in Syria.

“This new craft can fly at incredible speeds and we shoot down Russian and American infidel planes whilst zipping around over the ground. Our main carpet can fly higher than the highest minaret, and by the grace of Allah is protected by a forcefield which no infidel can penetrate.”