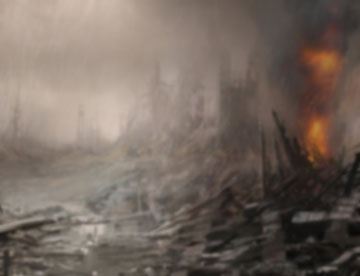 Islamic State of Iraq and the Levant in Syria are trying to gain territory as are Liwa Abu al-Fadhal al-Abbas, and Jaysh al-Sha’bi as well as the indomitable Suqur al-Sahara. Thirty miles from the town of Saabat Nom Nom, Jaysh al-Muwahhideen have secured a zone of 300 square yards, whilst Fatah al-Intifada, al-Jihesh tribe militias and Liwa Al Quds are engaged in one hell of a fuck soup of unholy bullet ridden matrimony. Good thing Asa’ib Ahl al-Haq are 22 kms from the zone as is Kata’ib Hezbollah, just north of Damascus. Kata’ib Sayyid al-Shuhada are the new boys on the block in the North East, and are allied with Liwa Dhu al-Fiqar, Dawn of Freedom Brigades and Jihad in the Path of God Brigade but enemies of Tayy tribe militias who are aligned with the Syrian Resistance but enemies of Jaysh al-Wafaa and the Al-Qassas Army, although they sometimes join forces with the al-Berri clan, but only every other Tuesday, if it pleases them. In the middle of this of course is the Thuwar al-Sham Battalions, 111th Division, Quds Force and some Badr Organisation elements. Flanking from the East and West are Maghawir Forces aligned with Jarabulus Brigade elements but definitely not friends of Farouq Brigades because they are enemies of Shields of the Revolution Council, who are aligned intermittently with Liwa Thuwwar al-Faqqa near some mountain in Syria that no one can ever find. The lovely chaps in the Northern Sun Battalion are now aligned with Falcons of Mount Zawiya Brigade but recently had a falling out with Abu Amara Battalions who stole one of their goats. Don’t forget that tensions are now high with the al-Rahman Legion and the Jaysh Usud al-Sharqiya because last week there was a party and one of the crew was not invited. The Knights of Justice Brigade are now running the show 45 kms from some piece of rubble, but hot on their tails is the Al-Tawhid Brigade who are seriously fucking annoyed that one of their numbers insulted them by blowing raspberries during a drive by in the town of Kars Duqa Duqa. Just over the river, 34 clicks south of a smouldering corpse pile is the base of Abu Jaafar Battalion who just won a trophy for being the biggest losers in Syria. These guys couldn’t blow up a fireworks factory with a box full of grenades and are now the laughing stock of all brigades everywhere. That’s why Al-Fawj al-Awal and some elements of Mustafa Martyrs Brigade, 13th Division, and Jabhat Ansar al-Islam are aligning themselves with the Sultan Mohamed Fatah Brigade, but are hated by the Ajnad al-Sham Islamic Union, 46th Division, Harakat Nour al-Din al-Zenki but are tolerated by the 16th Division who are nevertheless aligned sometimes with the Khorasan Group. etc..