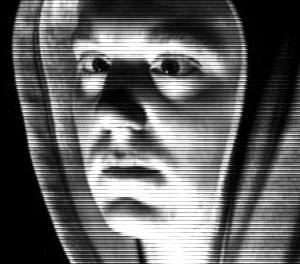 The youth then continues his job of kicking the pensioner in the face until a blood bubble appears on the old mans nose. A scene repeated every day on modern day Britain’s streets.

This time it is not serious and the pensioner hands over his money to the youth and the yob saunters off to buy some cigarettes from the kiosk. The gathered crowd of youths laugh hysterically and jeer at the bloodied old man.

After an hour, an ambulance arrives and takes away the crumpled body of the pensioner as he mutters words about fighting in the great war. The Police never arrive.

This is the state of Britain under the Labour government today, this year 2007, a place where youth gangs of unemployed and certainly unemployable people rampage across the nation with no recourse or backlash.

A country which prides itself in such a rich heritage past has a new generation of young people who are feral in nature, violent, abusive and are no use to any society.

A generation that does not work but instead leech’s off the UK’s Social Welfare System and plays Xbox.

“Bruv, I ain’t ever worked. I get me giro and I deal some skunk. I ain’t been nicked at all the coppers are ‘avin’ a larf!”

Kev is a youth of 26 years old and prides himself at his diligence in continuing his one man crime spree. He tells me under condition of anonymity that he enjoys robbing people and vandalizing public property.

His crime CV reveals that he has also stolen credit cards as well as violently beaten up a pregnant mother crossing the road to steal thirty pounds so as to buy an illegal handgun. He enjoys terrorising people at bus stops by happy slapping them. This involves punching people hard in the face when they are waiting for public transport. He has fifteen ASBOs and wears them with pride.

His story is typical of British youth today and is not remarkable in anyway. The myriad of stabbings and illegal firearm assaults and murders per week are now an accepted part of British society.

Sixteen years old and a single mother, Traci Collins is proud of her four children from different fathers. She receives £600 per week in benefits and has a 5 bedroom council house in East Grimsdale. She does not pay the £1600 per annum council tax or any health care costs.

“I got preggers when I was 10 and I fakkin kept going wit it. Youse can’t tell me I’m irresponsible? The council pays for everything and they pay on time too!”

As she smoked heroin and drank alcohol throughout each pregnancy, three of her children have severe learning difficulties.

“I’ve got a HD 46 inch TV and all the mod cons and you know what? I never fakkin’ worked a day in me life or evah will!”

Crime statistics revealed by the Metropolitan Police show that under Tony Blair’s Britain, crime has risen by 87% since his election. The majority of crimes being committed by the disenfranchised British youths that are now called ‘chavs’.

Three weeks ago a father of two confronted some youths who were throwing bricks through his windows. The youths aged 8-14 did not take kindly to being rarely confronted and thus murdered Mr Taylor in his front garden with pick axes.

The quiet cul-de-sac now has a memorial to Mr Taylor although this was summarily desecrated by the same gang who cannot be prosecuted. Everyday within Britain’s cities and town streets there are now instances of youth hate crime and violence.

Oxford and Cambridge Universities once upheld the mantle of education to the highest levels for the elite and intellectual set, however, with the dumbing down of entry qualifications and Government sponsored quotas it is now a breeding ground for poor, uneducated, workshy ‘chavs’ who have infiltrated the ranks.

The Education Minister Alan Johnson states that: “This is an opportunity for Britain’s youth to excel.”

However, last week alone, there were six stabbings and an Oxford professor of English Literature met his end when a youth, who could not read or write, beat the professor to death with a hammer after being reprimanded for scribbling unintelligible gibberish.

The Education Minister who engineered the new A-Level system wherein candidates are allowed to write in ‘mobile phone text language’ and subsequently allowed to bring in text books to complete the multiple choice exams has seen a remarkable increase in National A-Level A grades.

The further measure of lowering the A grade pass level to 22% has also added to the rise.

“Since Labour has come into office there has been a 99% increase in A grades for A-Levels.” Alan Johnson has stated. “One percent of pupils got B grades for England and Wales in 2006 and that’s because they were severely disabled. The rest got straight A’s. Britain is now a world leader in education and has the highest grades in the western industrialized world.”

The degeneration, of course, has fed upstream to the employment offices. Statistics from 2006 show that 80% of British youth who applied for jobs in the UK had no understanding of English grammar or basic mathematics.

An Independent Education Poll conducted by Rank also had findings that 87% of youth could not find Britain on a world map.It is thus very hard for employers to employ the unemployable.

British youth culture inevitably has its winners and these luminaries like Lily Allen, Posh Spice and Jade Goody all are champions of the banal, unintelligent, crass, money obsessed Myspace youth that Britain has spawned.

A nation where football wives, violence, drug abuse, Argos chic, under-age pregnancy and alco-pops hold court as something to aspire to and where the ‘ugly’ and ‘stupid’ in society are staunchly admired.