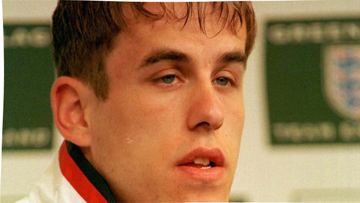 The monotone dronings of a footballer with no personality or vocal inflection can be conducive to sleep, but are not appropriate during a world cup football match especially when England are losing the match, says BBC spokesman, Bert Needles.

Phil Neville has thus agreed as part of his contract to undergo a pioneering brain implant operation in America funded by the BBC.

“Last week we had Hollywood ‘actor’ Kevin Costner in here, he has a personality of a brick, or plank of wood. The transformation was amazing, he can actually show emotion now. I heard this Neville guy’s voice whilst evaluating the case and I fell asleep after two minutes, he’s gonna be a hard one to deal with,” professor Raj Persaud, told BBC executives who are very worried about the situation.

The process will involve inserting specialist chips into the pre-frontal cortex which will in turn stimulate regions of the brain that enable personality.

Neville will have to undergo further training where he will watch football commentators from hot blooded nations like Spain, Italy and South American countries.

Here is an example of how Phil Neville will sound commentating a match after his treatment: