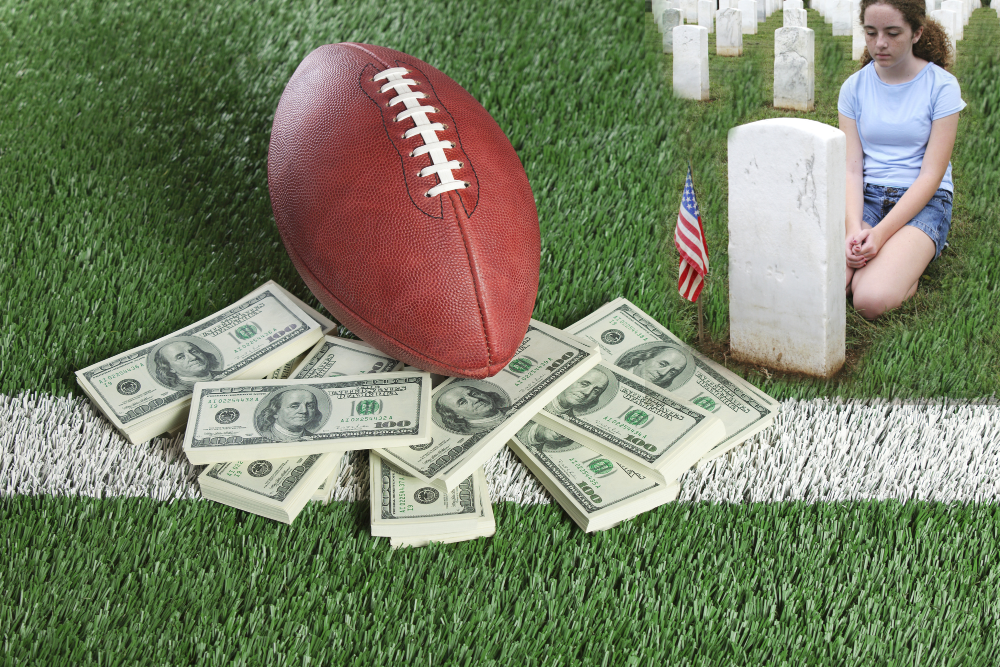 Multimillionaire NFL player, Lequashaun Johnsons, who earns over $86 million per year, is outraged at the inequality he is seeing in America.

“The American flag represents the struggle for freedom, and all those soldiers and servicemen, and women, of all colours and creeds who died, not only in both world wars, but in Vietnam and other campaigns for America, don’t mean anything to me. When I bought my Lamborghini last week, I noticed some people still looked at me all funny. Sure, it’s my fourth Lamborghini but I still don’t get why people do that. Oh, and I bought one of my girlfriends a $790,000 diamond necklace, and she didn’t like it, so I had to throw it in the garbage. These are the hardships I find living in America. I ain’t going to stand for the National Anthem because I feel hard done by. I gots me some principles!”

For every game, Johnsons, a line backer for the Douche Beggars, now lies down on his back or kneels in protest at the sheer injustice he feels every time his bank balance increases.

“In America today there is a lot of injustice. Look at my neighbour, he plays for another team and earns $6 million more than me, and he’s black like me. That makes me outraged. Plus he’s only a wingback. Last year I only made $86 million, and that’s not including all the sponsorship deals, but I still feel slighted. Imma angry. The white devil did this, and he gonna pay!”

The hardship these NFL players have to deal with every day of their lives must make life excruciating. Can you imagine driving your off the factory Lamborghini Aventador SVG coupe to the local liquor store, when it goes over a bump, it jolts the car, maybe slightly scratching the lower bump guard? I would feel angry too. It’s just so unfair.

I mean the NFL life is full of hardship, and compared to the hardships of some soldier stuck in a mud pit, his buddy’s legless corpse next to him, soaking in the rain while Japanese artillery falls down all around, it’s a no brainer frankly. Those soldiers who were severely injured in the two world wars, or died, they don’t deserve the same respect as a multimillion dollar earning NFL player. Keep kneeling and disrespecting the American flags folks, sure, you’re doing the right thing.