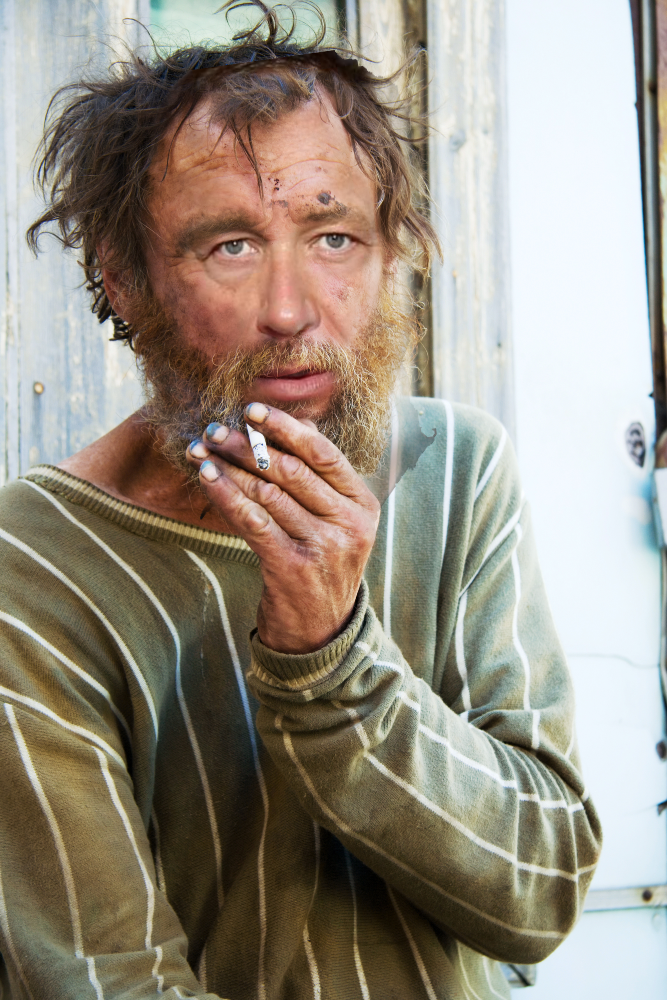 Still holding an empty bottle of Infowars Bone Broth and smoking a used cigarette butt, a California homeless charity has found Alex Jones, once a supreme broadcaster on the internet, now just a homeless bum wandering the alleyways of San Francisco.

The irony is, Alex Jones now gets to live amongst the rich tech crowd, but he’s on the streets and they’re in their multi-million dollar mansions and apartments.

“I get to see Jack Dorsey, CEO of Twitter every day, and he gave me a dollar. I tries to sell him some Brainforce I cobbled up with some dry leaves, some used needles and a piece of prime San Fran human faeces, but the guy refused me. He just hurried along and threw me a dollar,” Jones shouts loudly at a street sign.

Since being deleted from the internet, Infowars has sadly been shut down, and the whole crew disassembled.

Some made it to California to Skid Row, others tried to stay in Texas but the streets there are not as forgiving as they are in liberal strongholds.

“We got deleted. Traffic stopped. Trump did nothing to help us. End of story. Hey, is that a tuna sandwich? (pointing to a wrapped up object nestled in a bin).”

Now that America has been taken over by the ‘ChiComms’ Mr Jones has sadly been left behind. Unlike a good commie, he didn’t take the lucrative brown envelopes handed over by Chinese state funded media companies to American media conglomerates but tried to go the route of freedom, truth and the American way.

“There is no Paul Revere here on the streets. Sure I have freedom, but no food, no clean water or a place to sleep. This is the price I paid for speaking the truth, and you know what happens when someone speaks the truth in a dishonest corrupt system. You get the boot sooner or later.”

The homeless charity gives Alex Jones a blanket and some clean syringes. It’s going to be another cold night on the unforgiving alleyways of San Francisco. Better shoot up now so you don’t feel the cold so much and dream about the good ol’ days of preaching freedom to the fans now long gone and forgotten.