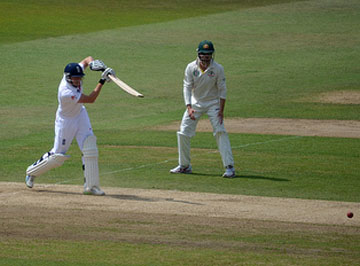 Ballance has struggled throughout the opening two matches of the series and, at 1-1 with three Tests remaining, Bayliss has made the key decision to drop him for Bairstow, who has been in terrific form for Yorkshire. Ballance, who also plays his county cricket for Yorkshire, has struggled since May and has scored a half century in just one of his last 10 innings for England. In fact, throughout that period  he has averaged just 17.5 runs per innings. That is a dreadful statistic for a top order batsman. It isn’t a huge surprise to see Ballance dropped from the side, especially as it appears the Australians have got used to his insistence on playing off the back foot.

Bairstow brings huge pedigree to the side and has experience of playing in some of the world’s biggest competitions. He was left out of the squad originally but has found his form at the crucial moment and is fully deserving of his spot in the team. Bayliss has acted quickly after England’s mammoth 405-run defeat last week and the Yorkshire star will have just over a week to prepare himself for the next Test match. 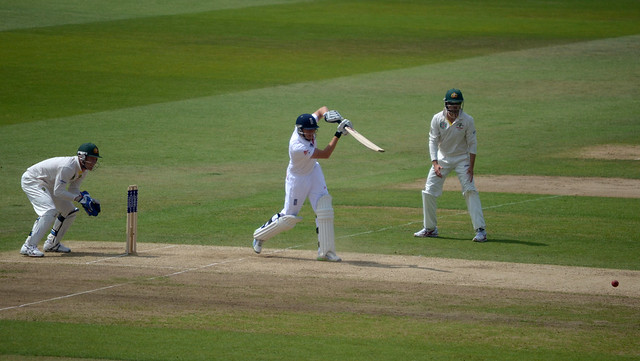 Bairstow has averaged 26.95 in his 24 innings in Test match cricket so far in his career, which includes four half centuries and a high score of 95. Although his Test match average is considerably lower than his other scores, the 25-year-old remains a talented batsman and is more than capable of racking up a huge score at the crease.

England will be hoping that he can replicate his county form but, despite Bairstow’s inclusion, the hosts are still priced at 3/1 with betfair to win the next Test and move 2-1 up in the five-match series.

England will find it difficult against a very good Australia side but can cause problems for the tourists, particularly if the Edgbaston ground staff produce a solid wicket as they did in Cardiff.

The likes of James Anderson and Mark Wood must up their game if they are to get at the Australian batsman, while Stuart Broad has been in great form throughout the opening two Tests. It will be tough but Bairstow is the type of player who can change a game and, along with fellow Yorkshireman Joe Root, could be the thorn in Australia’s side in the upcoming Test match.