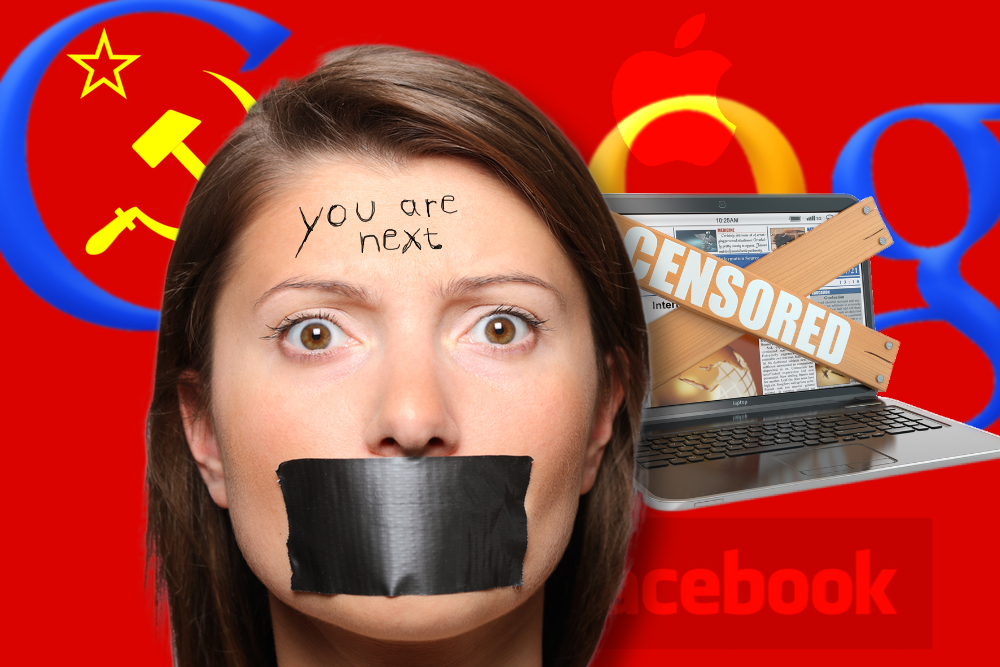 The days of an omnipresent monopoly company like Google controlling all thought on the internet, and censoring massive populations purely on leftwing political bias, could nearly be over.

By arrogantly believing they are untouchable, Google may have shot themselves in the foot, as government regulation now looms over the censorious internet monopoly.

Unfortunately, Google’s authoritarian socialist and Marxist ideology has rubbed up against millions of people, and now the Trump administration is out for blood after seeing their supporters effectively silenced and purged from the internet.

The supposed ‘liberals’ who are meant to be liberal and allow free speech are now acting in an authoritarian totalitarian manner, which means they are not ‘liberal’ anymore and have moved even more far left towards Communism.

By allegedly manipulating search engine answers, the company has been accused of swaying opinion during elections favouring left-wing socialist candidates as opposed to any other candidate.

Censorship of the opposition, or any thought that is not in line with socialist ideology is what Google has been doing for some time, however if the government regulates the search engine, and considers it a public utility, hopefully things may change.

The Trump administration is stepping into the fray after thousands of conservative and libertarian sites/accounts were purged from the internet in a move by leftwing tech companies before the U.S. midterm elections, effectively silencing a vast swathe of the population.

The same fate hopefully will occur to Facebook and Twitter who have misused their positions as well as Google to conduct corrupt practices against their users in a biased manner.