The drug was shown to significantly weaken people’s fearful memories of the extreme trauma of living in the UK under Labour’s Brown regime.

The generic beta-blocker Brownbegone significantly weakened people’s fearful memories of Britain among a group of healthy foreign visiting volunteers who took it, said Anne Limplunt, a psychologist at the University of Amsterdam, who led the study.

“We could show that the fear response went away, which suggests the memory was weakened,” Limplunt said in a telephone interview.

The findings published in the journal Nature Neuroscience are important because the drug may offer another way to help people suffering from post-traumatic stress disorder and other problems related to trauma of daily life in the UK.

Traditionally, therapists seek to teach people with such disorders strategies to build new associations and block bad memories. The problem, Limplunt said, is the memories remain and people often realise they are still living in Britain.

The trauma and stress of living under Gordon Brown’s recession Britain where you can be stabbed wherever you go, celebrity morons debasing everything with their horrible lives, robber baron bankers stealing everything you own, governmental incompetence, waste,  chavs and thugs everywhere, unfettered immigration, unemployment, taxed and robbed of all your money at every juncture with barely enough food to feed you and your family and you are void of any safety as well as liable to be arrested and imprisoned if you try to defend yourself is frankly rather stressful.

Limplunt and her team’s experiment included 60 men and women who associated pictures of Gordon Brown or members of his cabinet with a violent shock. This experience created a fearful memory, the researchers said.

One day later people given the drug had a greatly decreased fear response compared with people on the placebo when shown the picture and given a mild shock, the researchers said.

“It’s like giving people a chemical lobotomy,” Limplunt said. “This is the only way people can deal with the pain and extreme trauma of living in Labour’s Britain. The good thing about this pill is people will think they are living a happy life where everything is ok when the reality of course will be they are still living in Britain.”

The new pill will be available in a few months and is set to help millions of Britons cope with life better under the current regime. 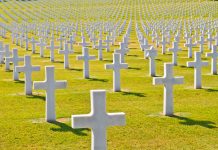 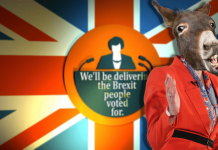