In a protracted divorce battle that seems to be limping along with no end in sight, Heather Mills is hopping mad that she will not be allowed to get her leg-over by selling her story to tabloid newspapers for lucrative six figure sums.

“She’s running around in circles”, according to a close aide, “she will need all the support she can get, it’s not easy to walk into court and convince the judge to put his foot down and make Paul stump up more cash.”

Public opinion, however, is strongly behind ex-Beatle Paul McCartney and the overwhelming consensus is that Lady Mucca does not have a leg to stand on.

Paul does not know anyone else that can fill her shoe and has been single since the split. He has taken up a hobby of carpentry to keep himself busy and enjoys the thrill of crafting objects out of planks of wood.

If Heather Mills is awarded an extra £50 million she will have moved up a peg or two in the greed divorce league. She already has one foot in the door at the moment, but will need an extra leg up to catch the prize.

Ms Mills, who completed a footloose dance contest recently, made sure she turned up at court yesterday in a wheelchair. She is also threatening to go on morning tv shows and rake the ‘mucca’ a bit with her crazy ranting. Her aides, however, are trying to dissuade her from going on chat shows because she could end up shooting herself in the foot.

Meanwhile, the classic Beatles album ‘Abbey Road’ is to be re-released with a different cover by Beatles label Apple Records.

Beatles fans are said to be ecstatic about the re-release on Wednesday and are already queueing to pick up the record from Tower Records in Picadilly. 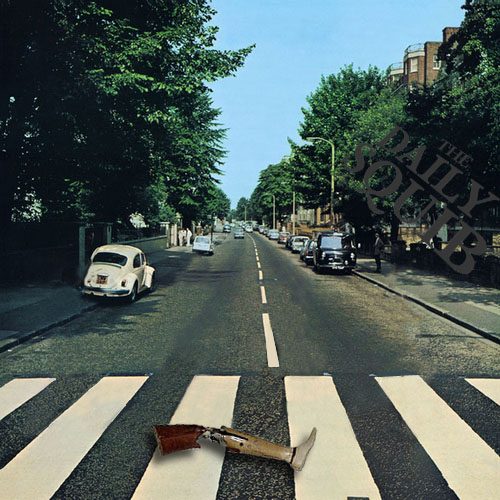