Speaking from St Mary’s hospital in Whitechapel, the Minister for Health announced the introduction of the new NHS ambulances that will quicken the rollout times for hospitals and make more beds available.

“The new ambulances will pick patients up, take them to hospitals where they will be given lethal doses of drugs and denied food and water, then after they have hopefully expired, they will be delivered by the ambulances straight to freshly dug graves. You can’t say that the NHS does not believe in cost efficiency now can you? We’re light years ahead of the American health model,” the Health Minister, Mike O’Brien, told reporters at an impromptu press conference.
No more waiting lists

What can the Americans be worried about? Don’t they want a healthcare system like ours where you can be jumping about in your bed one minute and sentenced to death in another? Surely, they must be bonkers, raving lunatics.

The one-stop solution for the new look NHS was hailed as a much needed boost for Labour in the Commons when Health Secretary Mike O’Brien announced the overhaul after last year’s draft white paper.

“Now if you call for an ambulance and are in dire need of assistance we can be with you within five minutes from anywhere in the UK and have you six feet under in less than fifteen minutes saving thousands of pounds per patient in administrative costs, hospital staffing costs and maintenance.” 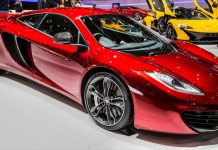 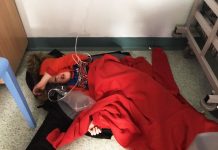 Experts: Labour Policy of Unfettered Mass Migration Cause of NHS No Beds 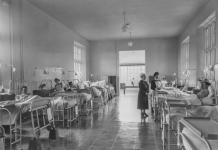 Dying in a Corridor – NHS Today and Then