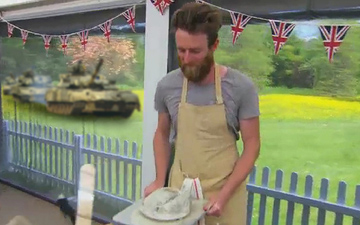 Here’s the latest news of the British Bake Off Bin gate saga gripping the nation.

Some bearded pansy twat had a tantrum on television over an ice cream in a bucket that he threw in a bin.

The British Bake Off episode resulted in 562 complaints to the BBC and outrage across the whole of the UK.

“Forget about Russia invading Ukraine, I was glued to my telly at the bin gate fiasco,” John Armitage, 45, from Little Chepstow told the BBC.

All across Britain, there was not even a mention of World War III starting, it was all talk about the British Bake Off.