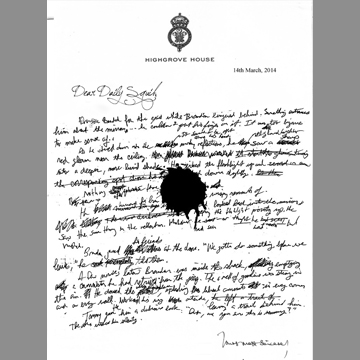 Prince Charles has penned another letter, this time to the Daily Squib, urging restraint in satirical matters, we can reveal the letter in full for the first time.

One enjoys one’s awkward peeps into the nether regions of your site on the odd occasion, that is when the horsey allows one. One is urging you, the Daily Squib to please tone down the royal stuff as we do chuckle sometimes but we are..er..royal and you’re not meant to take the Prince Michael out of one. Lazy Kate and Ginger all agree it is a bit too much, as for Cressie, all this royal limelight is sort of off putting to put it lightly. ‘ere, if you stop with the old satire stuff we could give one of your writers an O.B.E, or even have them decapitated, oops did one write that? One meant knighted, not chopped orf, shame those days are gone as one would like a few ministers in the Tower with their heads on a stick. Andy Pandy says his Croation escort tires him out incessantly but the writing in the Squib tires him out even further, it so very tedious. As for mama, she’s a trained assassin as you already know, and if she gets a snifter of any more ridiculous satirical nonsense, she may get rather high in dudgeon. One must not forget papa’s wrath, as he speaketh with a very versatile forked tongue.

p.s. Please take that seal of royal approval down and replace it with one of distinct un-approval.

After receiving the Prince Charles letter, we were required by royal decree to always display the Royal Seal of Un-Approval on our publication at all times. 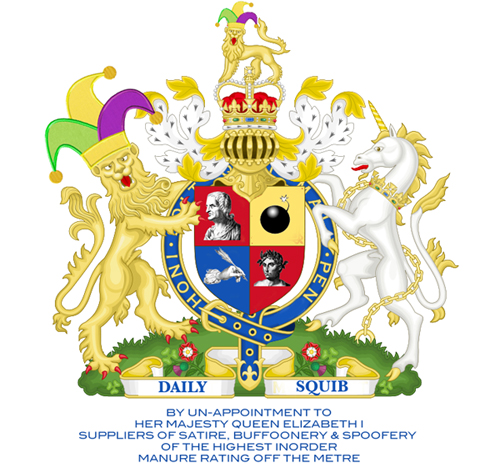