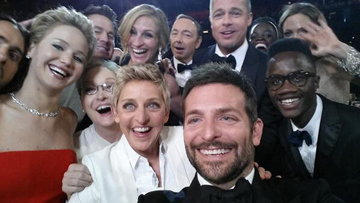 Amongst the stretched faces, the unnatural puffed out eyelids, the botox smiles and the invariably fake nature of the Hollywood luvvies, there was an altogether more distressing thought crossing the minds of many.

Here were these trumped up luvvies revelling in their plastic grandeur while far away in the Balkans an important event was occurring, which could invariably affect everyone in the world?

The self congratulatory nature of their deluded vanity is all too evident in their faces. We have access to bunkers and you do not. You may get fried by an ICBM launched from some silo somewhere in the Urals but we know people in high places that can get us a luxurious room in nuclear bunkers deep down somewhere.

What the fuck has happened to Kevin Spacey’s face? Now that is a question that must permeate through your head as the Russian missiles explode over American cities.