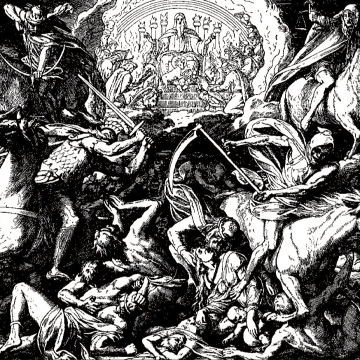 The four horsemen of the apocalypse are patiently waiting in the wings, their agent (god) revealed today.

“You know, one minute it’s all go, and the next we get word to hold back a while. It’s getting rather tedious I say. We’ve been sitting on these horses for awhile now and my butt cheeks are getting sore,” Pestilence said from his pale horse.

Conquest and War have been so eager as of late that they have taken it upon themselves to pummel each other to weather the utter boredom.

As for the false Christ, well he’s holed up in the White House with his bow and arrow and his fawning hypnotised yes men and women.