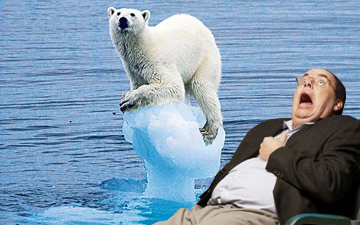 “Many of my patients live in abject fear of climate change, as it is pumped incessantly through the media networks day in day out. I tell them, if you are having a heart attack to not worry about changing climate, and funnily enough they tell me they feel a lot better about it after that,” Dr. Hardy told the Boston Medical Journal.

One of the doctor’s patients, Auguste Balls, who is so worried about the changing climate that he has had three heart attacks in succession, has revealed his trick to stop thinking about climate change.