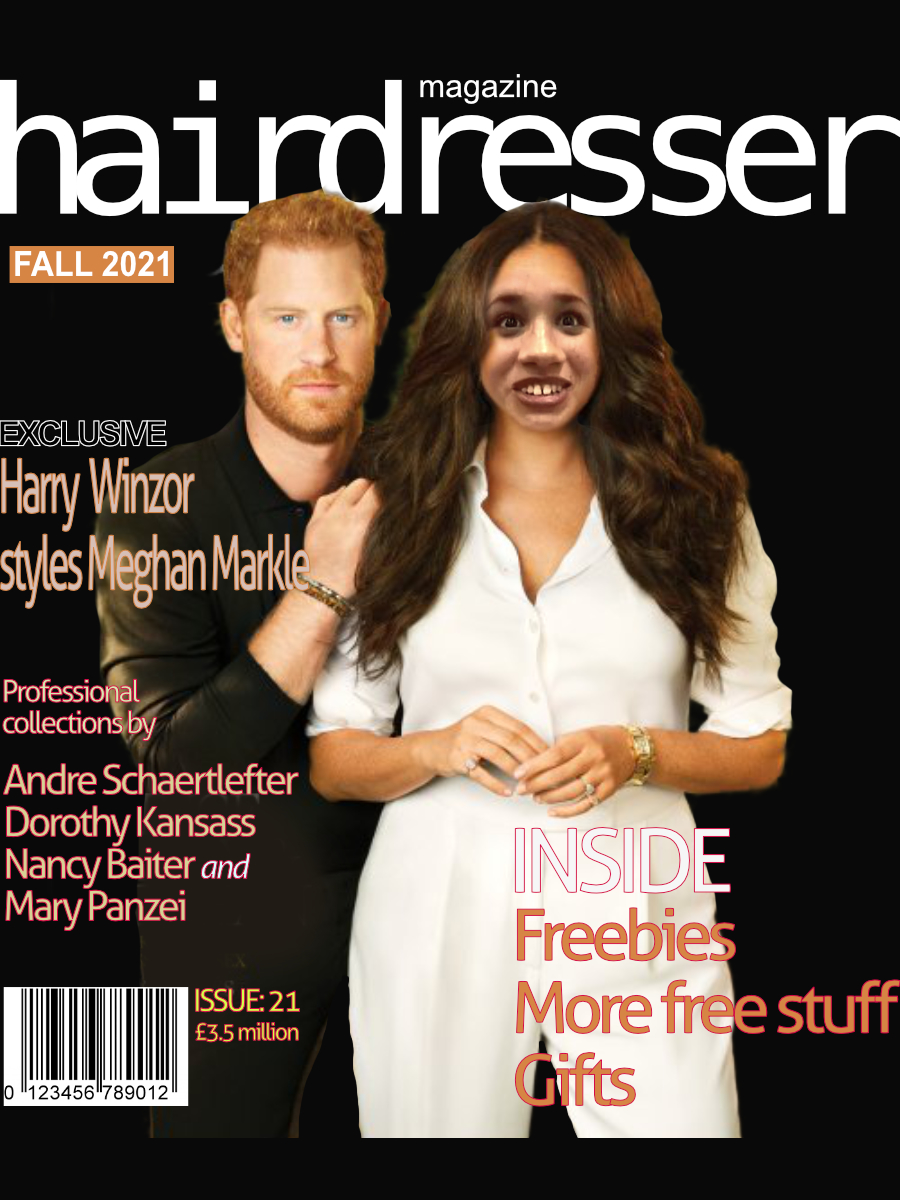 Amongst his many talents, Harry is also a hairdresser, and has been styling Meghan’s hair as well as other famous clientele for years now. Featured in the latest edition of Hairdresser Magazine, the former royal showed off his many hairdressing skills.

“I love the smell of peroxide in the morning. Would you like your highlights lighter, love? André, darling, can you go out back and bring my special brush? Ooh! You’re looking fabulous today in those hot pants!” Harry quips in his salon, before sashaying around attending to various clients.

Meghan Markle fans were seen queuing up at the shops to snap up the special edition on Thursday.

Karen Bunnyboyler, 38, from Venice Beach, Los Angeles was first in the queue to buy her own copy of the magazine featuring Harry’s hairdressing skills on Meghan.

“I’ve been queuing for three days in anticipation. I am such a Meghan and Harry fan. I would literally die if Harry could do my hair. I don’t have much though because I pulled most of it out. I was so angry at the British royal family and how they treated my woke heroes.”

As the queue snakes around two whole blocks, the excitement to buy the special edition is positively electric. This is testament to the real popularity of Harry and Meghan in the United States. Looks like Meghan and Harry have truly arrived.