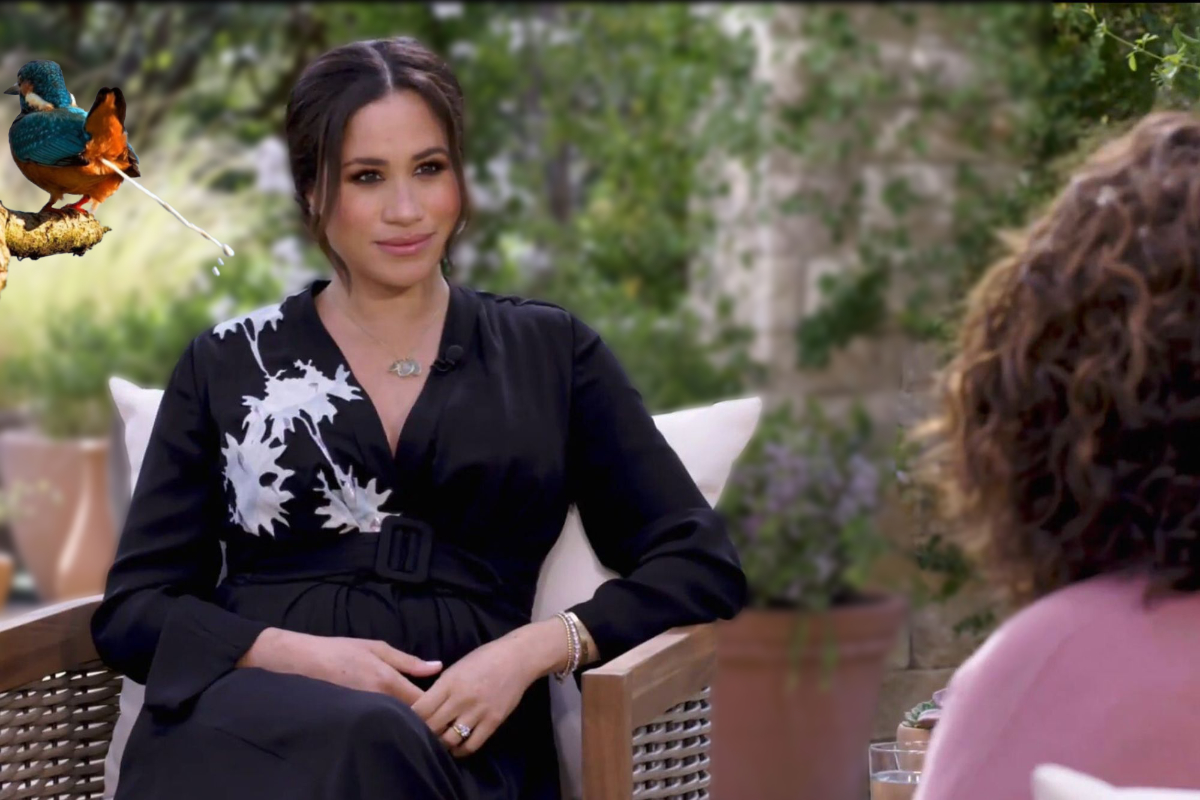 During the sell-out Oprah interview, Meghan Markle was talking about her favourite subject – herself – when a cute little tweety boird landed on a branch next to the narcissist. The bird stayed there for a few seconds, then in an instant gently lifted its bottom and squirted a copious amount of bird shit onto Markle’s black couture dress.

They say getting shit on by a bird is good luck, and it seems Markle will need a lot of it in the future, seeing as her Netflix and Spotify deals are sinking faster than Harry’s ratings in the UK.

One of Oprah’s producers was professional about the bird shit incident.

“The dress looks okay with the bird shit on, in fact it looks like the kind of $4,000 dress some profligate virtue signalling parasitic narcissist would wear. Keep on filming, no need to stop!”

As for the heroic bird, it was later spotted eating from the couple’s garbage storage area, obviously stocking up its gut for some further butt explosions on some other deserving recipient.

UPDATE: March 11, 2021 – Some geezer has taken our idea and put it to video. Done very well, good production. Well done.